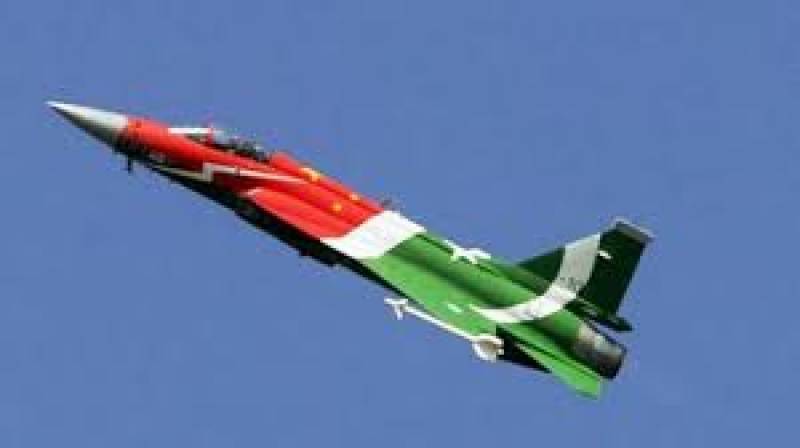 To mark the conclusion of two week duration exercise, an august culmination ceremony was held today.

Air Marshal Muhammad Haseeb Paracha, Deputy Chief of the Air Staff (Operations) was the chief guest at the occasion. Major General Chen Wenrong, Defence Attaché from Embassy of Peoples Republic of China was also present at the occasion.

The high ranking officials of both the countries were given a comprehensive de-brief on the exercise.

Air Marshal Muhammad Haseeb Paracha highlighted the significance of this joint venture and appreciated the personnel of both Air Forces for the smooth conduct of exercise.

Major General Chen Wenrong, in his address thanked the PAF high Command for offering traditional hospitality and providing the opportunity to learn from each other experiences.

The distinguished guests visited the exercise Monitoring Cell, to witness the conduct of the exercise. Later on, the guests witnessed the launched missions of PAF and PLAAF’s participating fighter Jets and support elements.

The main objective of the exercise was to maximize the combat readiness of the air forces by providing a realistic training environment in different air combat scenarios. PAF has been participating in foreign exercises with leading and friendly Air Forces of the world.

These exercises have helped in giving invaluable experience to the PAF combat crew and enhancing their professional competence.