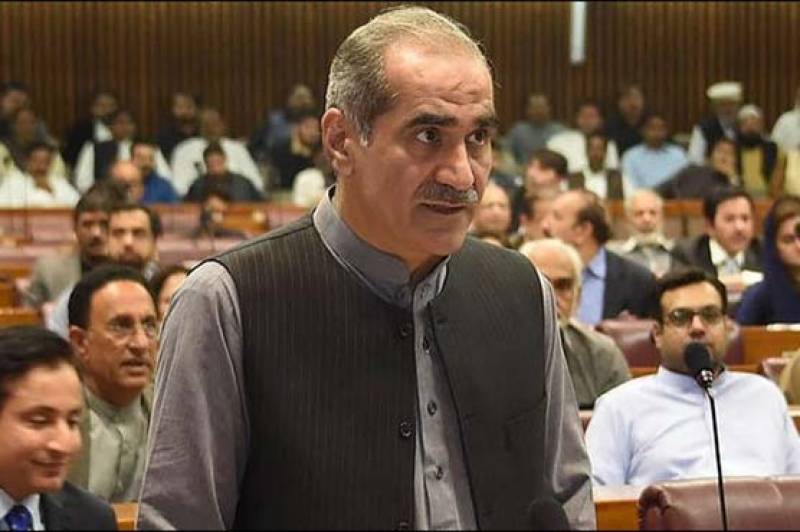 ISLAMABAD – Former railways minister and Pakistan Muslim League-Nawaz (PML-N) leader Khawaja Saad Rafique against whom his old friend turned approver had produced evidences of corruption in Paragon Housing scheme has given sermon in the national assembly of Pakistan.

He on Friday while declaring the National Accountability Bureau (NAB) law as a "black law” predicted the arrest of a member of Pakistan Tehreek-e-Insaf (PTI).

Speaking on the floor of the Lower House of the Parliament, he said that the anti-graft watchdog officials asked him to give evidence against PTI leader Abdul Aleem Khan.

“I am not one of those who want PTI’s turn to come next to face NAB,” the PML-N leader said.

The former minister said that anti-graft agency could not produce any evidence against him, adding that a close old friend of his was forced to turn into an approver.

Saad Rafique went on to say that the members of government would now be arrested to balance things. We do not want anyone to go behind the bars, he said and added the government should leave arresting opposition members.

“The process of declaring traitors and anarchists should be stopped,” he added.

The PML-N leader said: “Opposition and government must stop fighting each other and instead fight against challenges that the country is facing.”

Rafique also appealed the country’s judiciary and establishment to think with a cool mind for the betterment of the country.

He warned that the arrest of former president and Pakistan Peoples’ Party (PPP) Asif Ali Zardari would worsen the political tensions in the country.