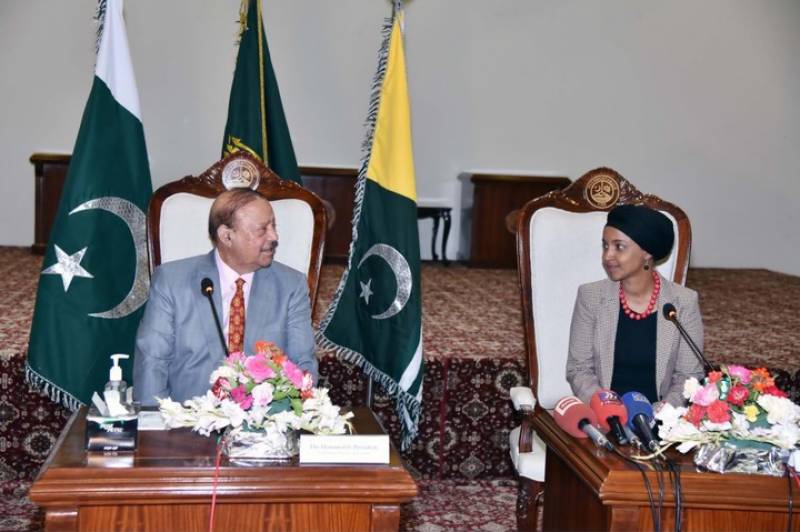 Following her meeting with AJK President Sultan Mahmood Chaudhry, Congresswoman Omar addressed a press conference and stated that the United States Foreign Affairs Committee had previously held hearings to investigate the reports of human rights violations in IIOJK and discussed the Modi administration’s anti-Muslim rhetoric and its effects.

“I don’t believe that it is being talked about to the extent it needs to be in Congress and within the administration,” Omar said, adding that she hoped her visit to AJK motivates more conversations.

“The condemnations and concerns of those who fight for human rights and the question of Kashmir will be included in future hearings within the USA,” Omar assured.