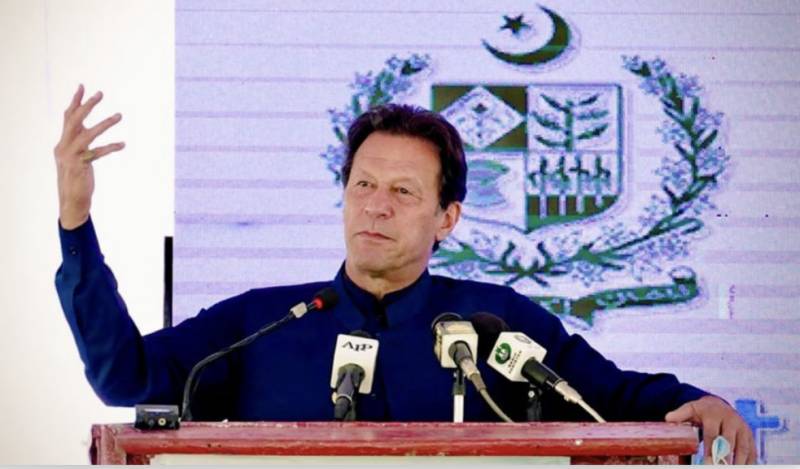 Prime Minister Imran Khan has expressed the commitment to bring revolution in tourism, forestry and the agriculture sectors to take forward the country.

He was addressing a ceremony after inaugurating upgradation work of Peshawar-Dara Adamkhel road and laying the foundation stone of Chitral-Shandur road in Peshawar today (Wednesday).

Highlighting the breath-taking beauty of Gilgit Baltistan, the Prime Minister said improved connectivity will make the region center of tourism which will benefit both the locals and the entire country.

The Prime Minister said Swat Expressway has changed Swat and people are now visiting the area even during the winter season.

Imran Khan said he has been approached by overseas Pakistanis who are interested to establish skiing slopes in the northern areas. He was confident that this region will be thronged by the tourists for trekking in the summer season and for skiing in the winter.

The Prime Minister said apart from building tourist resorts, we have to bring in laws for the protection and better management of the tourist areas.

Imran Khan said the government's massive tree plantation campaign will also help promote tourism and increase the country's revenues besides addressing the issue of global warming. He said olive plantation revolution is on the horizon.

Imran Khan said new techniques will be employed to enhance the agriculture productivity including that of the wheat.

Meanwhile, addressing inaugural ceremony of a new block at Khyber Teaching Hospital in Peshawar today, Prime Minister said the primary responsibility of a government is to serve people.

He said government is focused to ensure provision of basic facilities to people.

The Prime Minister said the government's health card scheme is a major step toward ensuring health insurance to people across the country. He said the initiative will lead to establishing a health system with the involvement of private sector that will construct new hospitals. He said it will also bring pressure on the government hospitals to improve performance.

He said Khyber Pakhtunkhwa is the first province that has provided universal health insurance to people. He said Punjab is also following it and it too will ensure universal health coverage by the end of this year.