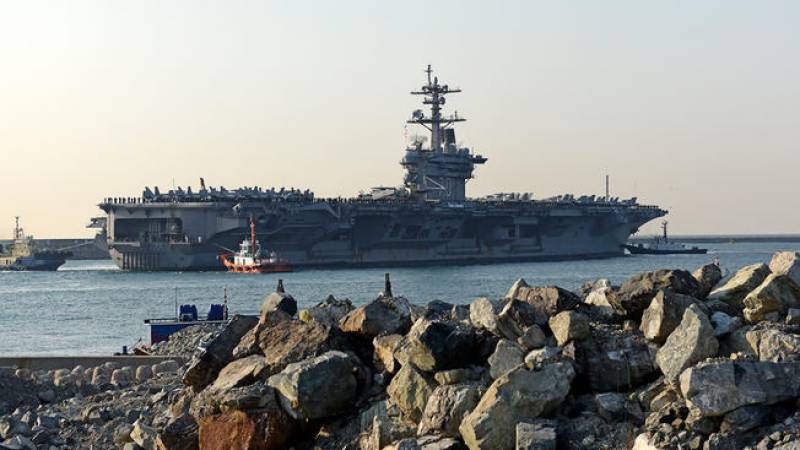 WASHINGTON: A pilot preparing to land on the US aircraft carrier Carl Vinson, heading for waters off Korea, was forced to eject on his final approach, the Pentagon said Friday.

The unidentified pilot of the F/A-18 Super Hornet fighter jet was picked up by helicopter from waters of the Celebes Sea, between Indonesia and the Philippines, according to a statement from the US Seventh Fleet. It said there were "no apparent injuries."

The supercarrier Vinson is the heart of a naval strike group that US officials said on April 8 was being sent toward Korea, amid soaring tensions there. The navy admitted Tuesday that the ships initially sailed in the opposite direction on an earlier mission before eventually turning north. (APP)