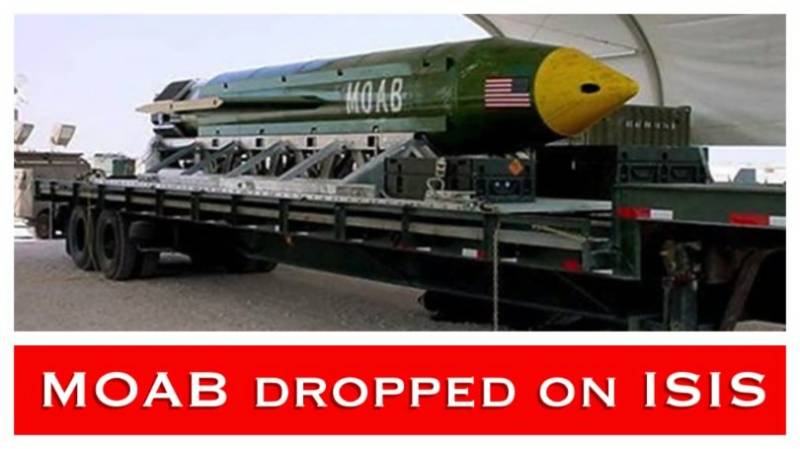 Reports have surfaced that Indian nationals from Kerala who had joined ISIS either originally or sent by RAW as agents to the bordering areas of Pakistan have been killed in the US MOAB attack.

Indian nationals were killed as United States dropped ‘Mother of All Bombs’ on an Islamic State of Iraq and Syria compound last week and Twitter is abuzz with RAW activities in Afghanistan to destabilize Pakistan.

US dropped a GBU-43/B Massive Ordnance Air Blast in Nangarhar province of Afghanistan to kill ISIS terrorists and decimate the compound.

The bomb contained 8,480 kilogrammes of explosive H6. Popular Mechanics described the bomb as weighing as much as an F-16 fighter jet.

However, the damage assessment was then underway.

The Hindu reported earlier this week that National Investigation Agency was not sure of Indians killings in MOAB strike in Achin District.

However, Last year around 21 men, women and children Indian Kerala had left for Afghanistan to live in the territory taken over by ISIS Twitter is buzzing with slams for India over extending covert support to ISIS and terrorists’ links with RAW.