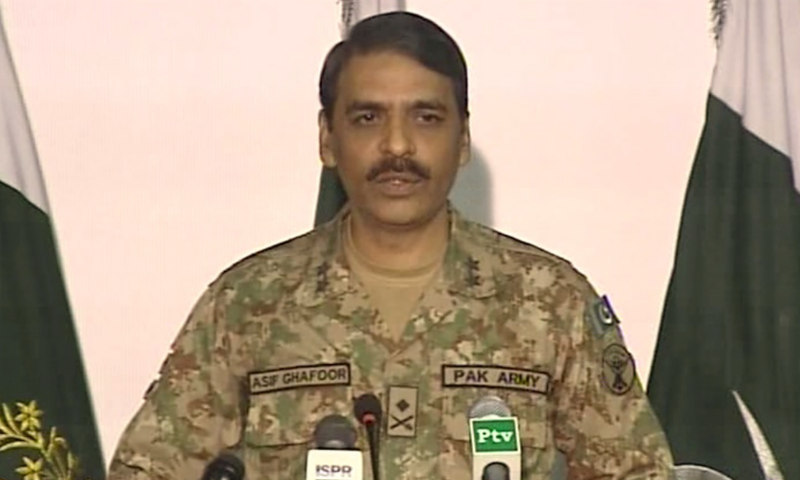 RAWALPINDI – The Panama papers case decision has stirred new controversy in the country ironically between the two elements apparently not linked with the case directly.

Neither PPP nor ISPR were party to the Panama papers historic decision.

Director General Intra Services Public Relations, on Friday clarified that that the comments passed by few individuals regarding head of a premier intelligence agency were baseless.

Major General Asif Ghafoor in a tweet clarified that the integrity of armed forces was beyond reproach.

It bears mentioning that PPP stalwart and veteran lawyer Aitzaz Ahsan in one of his conversation alleged that the Maryam Nawaz had links with head of Pakistan’s top intelligence agency, ISI.

Aitzaz slammed formation of a Joint Investigation Team owing to his observation that the members from state Bank of Pakistan and FIA were handpicked and so they lacked the tendency to do justice in probe following Panama verdict by apex court.