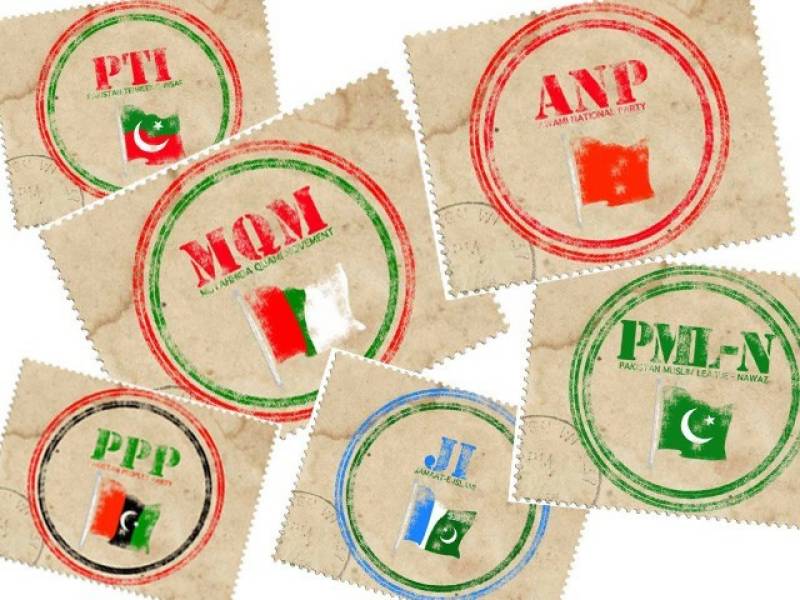 Pakistan's Politics is one of the worlds most unpredictable and Complicated thing to understand. In day's things turn about 180 degrees. The uncertainty and unstable political theatre is what brought this country to such condition.
The dilemma is politics only revolve around ''Greater national interests'' and who knows very next day the person you call traitor, Agent or labelled him infidel joins your party or might rise as you pious,righteous religious leader.

The underdeveloped political structure got the first below just few years after the independence of Pakistan, when in 1958 General Ayub Khan first chief Martial Law Administrator ambushed the political theatre in '' Greater National Interests''.
General Ayub khan added two new phenomenons's to Political system which are still very much in actions, first is to '' Play own game by their rules'' which simply means creation of virtual Political party which suppose to be the countries most popular political party but only for 10 years.

The second thing which Ayub  brought up in ''greater national interest'' was to introduce ''Fatwa culture'', in simple words use of religion for political goals. The political turmoil went worse after these two newly politically motivated ideologies prevailed in the society.
The virtual popular party 'Convention Muslim League' failed to make political space for the dictator hence the second strategy came in play  as Fatima Jinnah enjoyed support from the major religious parties like Maududi's Jamat e Islami.

For the first time politically motivated fatwas were issued against Fatima Jinnah according to which being a woman stops you from ruining the state's affairs. Similarly, we are familiar with how the Anti-Ahamadiya movement was used for political goals. The never ending gifts paved the way into politics of late 80s when the same strategy was again used against Benazir Bhutto first a virtual popular party IJI was created and again the political motivated fatwas were circulated. This continued till today we often see JUI F and Maulana Fazal ur Rehman  calling PTI as Zionist party  and many issued fatwas against voting PTI.
Same was the case after the death of Mumtaz Qadri when hundreds of Mufti's across Pakistan issued fatwas not to vote for PML N, many rallies were held and people were forced to pledge not to vote for PML N but for '' Greater National Intrests'' some of the parties realized that it is not that bad to vote for PML N.
Many after years of campaigning against PML N realized that they had nothing to do with case of Mumtaz Qadri and now they are the righteous to vote for. Similarly many sectarian outfits  who accused PML N for backing sectarian outfits like Sipah e Sahaba plegede support for PML-N.
Many of these religious parties who supported PML-N Female candidate Kulsoom Nawaz are the same who issued fatwa's not vote for Fatima Jinnah and Benazir bhutto as Islam prohibits you from giving state's affairs in women hands.
But we must give them some room as that was very old story about some 20 years ago. They might have  forgotten the scriptures or they might were not aware of who the candidate was. The case never ends here surprisingly bannded Jamat ud dawa joined the party for NA-120 under banner of Milli Muslim league.
Nothing wrong with that but problem is just few moments before they announced to take part in election they called voting as well as the voting system haram.One can easily find the literature, speeches and fatwas they issued about democracy and voting process.
The bottom line is that the fatwas depends on the political interests  the prohibited can be declared as permissible and permissible can be declared as prohibited in '' Greater National Interest ''.
This was the same approach the Far right Orthodox Christan school of thought brought in France and paved the way for Anti-religion revolution in France . The dilemma is that such approach not only bring instability into political system but also bring radicalization in the society.
The religious think tanks must review this approach as there is a difference between Politics for religion and Religion for politics. Mainstreaming such approach will not just only bring instability to political system but will also damage the religious identity of the society.
Written by: Talha Ahmed