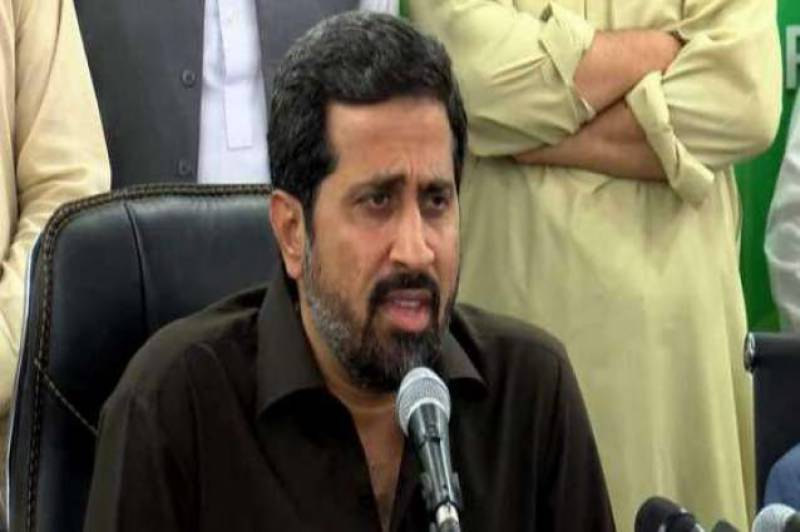 LAHORE: Punjab Information and Culture Minister Fayaz ul Hassan Chohan on Friday said that politics of protest and sabotage could not save the Shairfs from investigations into corruption by the National Accountability Bureau (NAB).

Talking to the media at the Punjab Assmebly premises here, he said the lawmakers of Pakistan Muslim League Nawaz (PML-N) were guilty of hooliganism at the floor of the Punjab Assembly at the behest of Hamza Shehbaz Sharif, adding that they violated the sanctity of the assembly.

To a question, he said how could PML-N utter 'Respect the Vote' mantra while displaying such undemocratic behaviours before the nation, adding that Hamza Shehbaz was seen violating the sanctity of vote.

To a question, he said 16th October was the black day in the political history of Punjab Assembly when PML-N MPAs demonstrated the worst examples of rowdyism when they tried to assault Speaker Punjab Assembly Ch Pervaiz Elahi, adding that the PML-N's act had ashamed the nation. He said they also hurt the deputy speaker PA and additional deputy speaker.

Responding to another query, Chohan said the PML-N lawmakers caused a loss of Rs 0.9 million to the national exchequer by damaging the Punjab Assembly furniture and microphones, adding that the brazen attack had damaged democratic values and the sanctity of the house more than anything else.

Alluding to Hamza Shehbaz's slogan of respect to the vote, he said Hamza Shehbaz was vilifying the parliament while he had been pleading in pubic for granting respect to the vote for last some years. He said PML-N leaders had committed grave corruption in the past, adding that they were raising hue and cry after being apprehended by the NAB.

Earlier, speaking at the floor of the house, Information Minister Fayaz ul Hassan Chohan lambaste the opposition for attacking the chair, adding that chair of the Speaker PA symbolized the honour and dignity of the house as he was elected with the vote of the people, adding that the treasury benches would not let anyone humiliate the chair.

The minister said PML-N lawmakers were hypocrites who begged the respect to the vote during their regime while brought a bad name to the vote when other came into power.

He brushed aside the propaganda by the opposition about discontinuing financial assistance to Habib Jalib's family, adding that the stipend to Habib Jalib was stopped by Hamza Shehbaz Sharif after the demise of Habib Jalib and his widow.

The minister assured that PTI government would restore the financial assistance to the family of the late poet Habib Jalib on special grounds if his daughter sought help.