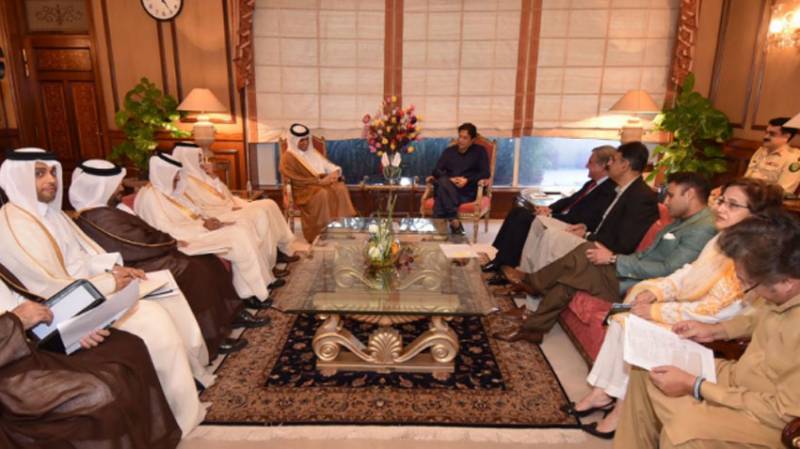 Prime Minister Imran Khan has expressed the hope for early implementation of Qatar's decision to import 100,000 workers from Pakistan.

He was talking to Qatar's Minister for Foreign Affairs Sheikh Mohammad Bin Abdul Rahman Al-Thani who called on him in Islamabad on Friday.

The Prime Minister expressed satisfaction on increase in Pakistan's exports to Qatar and said bilateral trade will further expand in the coming years.

He invited Qatari investment in all sectors of Pakistan's economy, especially in agriculture, livestock and energy.

On the occasion, Sheikh Mohammad Bin Abdul Rahman Al-Thani assured the Prime Minister of the full support and cooperation of the government of Qatar in attaining the dream of a progressive, prosperous and forward looking Pakistan.

He also conveyed the felicitations and best wishes of Amir of Qatar for Prime Minister Imran Khan on his election and the keen desire to work with the new leadership in Pakistan for further strengthening close and cordial relations between the two countries.