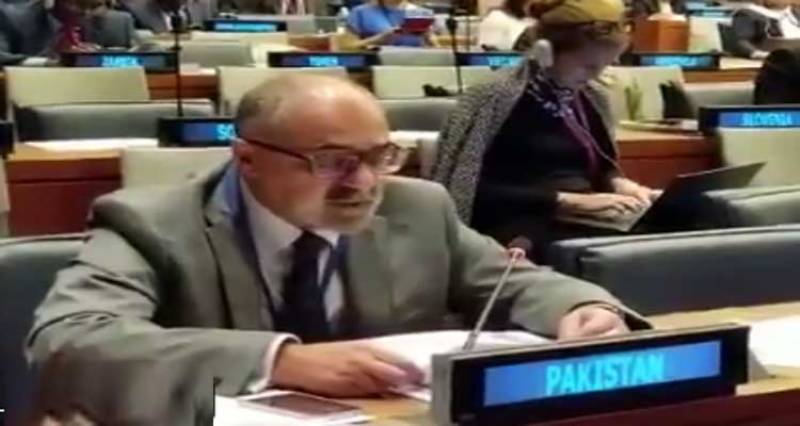 Pakistan has called for evolving a rules-based, equitable and non-discriminatory international order to promote nuclear disarmament that addresses the security concerns of all states.

Speaking in the General Assembly's First Committee in Geneva, Pakistan ‘ permanent representative to the United Nations Farukh Amil said that such an international order should also rationalize the stockpiles of conventional weapons and strengthen the non-proliferation regime by shunning double standards.

He said that double standards in the application of non-proliferation norms for the sake of political expedience and economic benefits have endangered strategic stability in the South Asia region and beyond.

Farukh Amil said that amid a worsening international and regional security environment, the goal of nuclear disarmament seemed ever more elusive.

Ambassador  said Pakistan remains committed to the goal of complete nuclear disarmament in a universal, verifiable and non-discriminatory manner.

He however, said the objective of this process should be undiminished security at the lowest possible level of armaments and military forces.