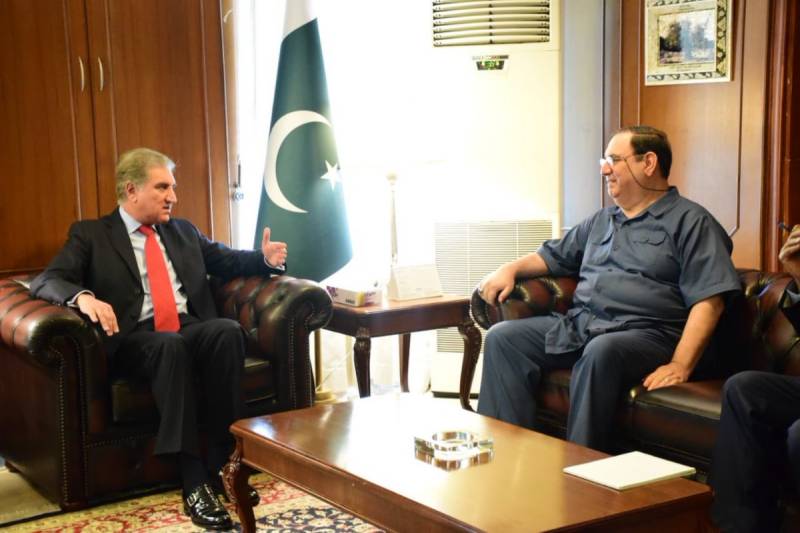 Foreign Minister Shah Mehmood Qureshi has expressed concern over the reports that a large number of Pakistanis are still waiting for issuance of Iraqi visas while the Chehlum of Shuhada-e-Karbala is approaching.

He expressed these concerns during a meeting with Ambassador of Iraq, Dr. Ali Yassin Mohammed Karim, who called on him in Islamabad on Friday.

The Foreign Minister raised with him the issues faced by Pakistani Zaireen in obtaining Iraqi visas for Chehlum of Shuhada-e-Karbala.

While appreciating the Iraqi government's efforts in facilitating rising number of Zaireen from Pakistan, the Foreign Minister expressed concern over the reports of a large number of Pakistanis still waiting for issuance of Iraqi visas while the Chehlum of Shuhada-e-Karbala is approaching.

Highlighting the inconvenience and disappointment faced by Ziareen, the Foreign Minister drew attention of the Ambassador to the fact that many of them travel by road and will not be able to perform ziarat this year due to inordinate delay.

It was also decided that a meeting of registered tourist companies will be convened in Iraqi Embassy in the presence of Additional Secretary (Middle East) of the Ministry of Foreign Affairs to identify, discuss and resolve the visa problems of the Zaireen.

The Iraqi Ambassador assured the Foreign Minister of maximum cooperation from Iraqi side for issuance of visas in a transparent manner.

During the meeting, the Foreign Minister appreciated the ambassador's efforts in promoting Pakistan-Spain bilateral relations during his tenure in Pakistan.

Shah Mehmood Qureshi emphasized the need to augment trade and economic ties and greater people to people contacts between the two countries.

The Spanish Ambassador reciprocated his government's desire to further enhance cooperation between the two countries in all areas of mutual interest particularly in the field of tourism.