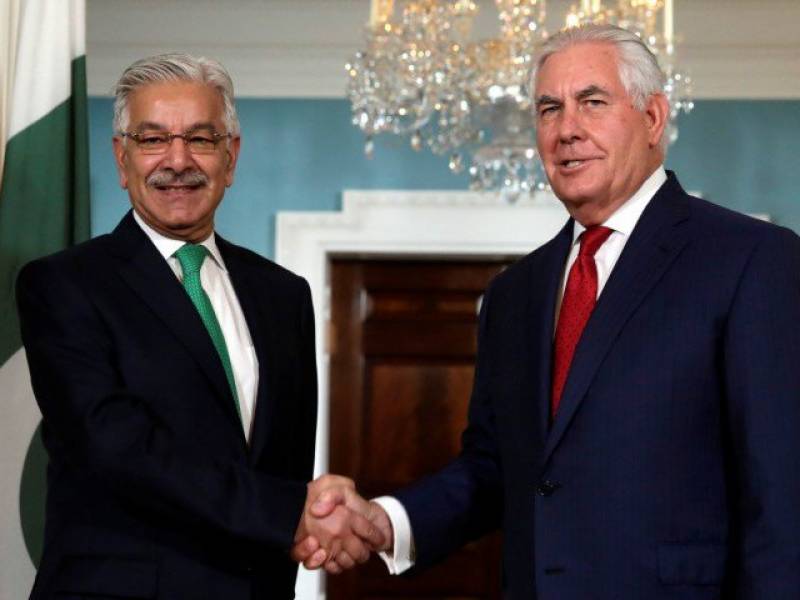 WASHINGTON DC:  US Secretary of State Rex Tillerson will pay his maiden visit to Pakistan this month during which he would discuss joint efforts against terrorism and expanding economic ties between the two countries, a State Department spokesperson announced on Thursday.

The visit to Pakistan is part of Secretary Tillerson’s first visit to Asia, which will also take him to India, Saudi Arabia, Qatar and Geneva, Spokesman Heather Nauert told a briefing at the State Department.

“The secretary will meet with senior Pakistani leaders to discuss our continued bilateral cooperation, Pakistan’s critical role in the success of our South Asia strategy, and the expanding economic ties between our two countries,” the spokesperson said.

She said the secretary was due to meet with the prime minister, foreign minister, and senior military officials to discuss joint efforts between Pakistan and the United States to fight terrorist groups that threaten regional peace and stability and how “Pakistan can support our effort to reach a peaceful solution in Afghanistan”.

Secretary Tillerson’s visit to Islamabad follows the visit by Foreign Minister Khawaja Muhammad Asif to Washington this month during which he met high US officials to discuss the US-Pakistan relations and the new South Asia strategy announced by President Trump in August.

Responding to a question about the US-India ties and whether Washington would take side in issues between Pakistan and India like the cross-border firing across the Line of Control, the spokesperson said that the US had always been very cautious about addressing those issues, “not wanting to contribute to any additional tensions.

After his visit to Islamabad, Secretary Tillerson will travel to New Delhi as part of his Asia visit. He will begin his visit from Oct 20 from Saudi Arabia where he will take part in the inaugural Coordination Council meeting between the governments of Saudi Arabia and Iraq.

The secretary will also meet with various Saudi leaders to discuss the conflict in Yemen, the ongoing Gulf dispute, Iran, and another – other important regional and bilateral issues.

Secretary Tillerson will then travel to Doha, where he will speak with Qatari leaders and U.S. military officials to discuss joint counterterrorism efforts and the ongoing Gulf dispute and other regional and bilateral issues, including both Iran and Iraq.

On the last leg of his visit, Secretary Tillerson will visit Geneva, where he will meet with the Office of the United Nations High Commissioner for Refugees, International Organisation for Migration and the International Committee of Red Cross to discuss Afghanistan and Pakistan and also a number of other global humanitarian crises including Burma and Syria.