Huge cache of Israeli made heavy weapons recovered from ISIS in Syria
20 Oct, 2017 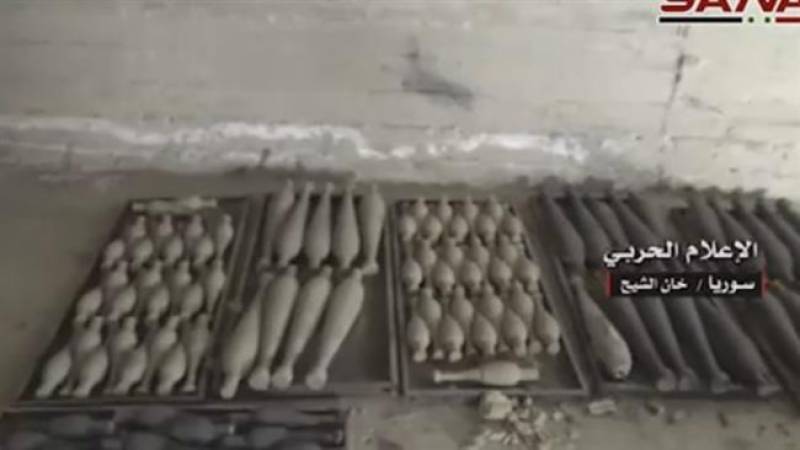 DAMASCUS - Syrian military forces have discovered a large cache of Israeli-made weapons in the strategic city of Mayadin in Dayr al-Zawr province, days after retaking the eastern city from Daesh terrorists.

The weapons included several types of heavy, medium and light firearms that beside Israel, came from some European countries as well as members of the NATO military alliance, Syria's state news agency SANA reported Thursday, citing a field commander.

The commander said they had also found mortars, artillery equipment, large quantities of anti-armor munitions and a NATO- made 155mm cannon with a range of up to 40km (about 25 miles).

This was not the first time that the Syrian government forces made such discoveries from terrorist hideouts across the country.

According to SANA, only a few days back they captured an Israeli cannon along with large amounts of weapons, ammunition and communication equipment from Takfiri terrorists in the area of ​​Jib al-Jarrah in the eastern Homs countryside.

Syria has been gripped by foreign-backed militancy since March 2011. The Syrian government says the Israeli regime and its Western and regional allies are aiding Takfiri terrorist groups wreaking havoc in the country.