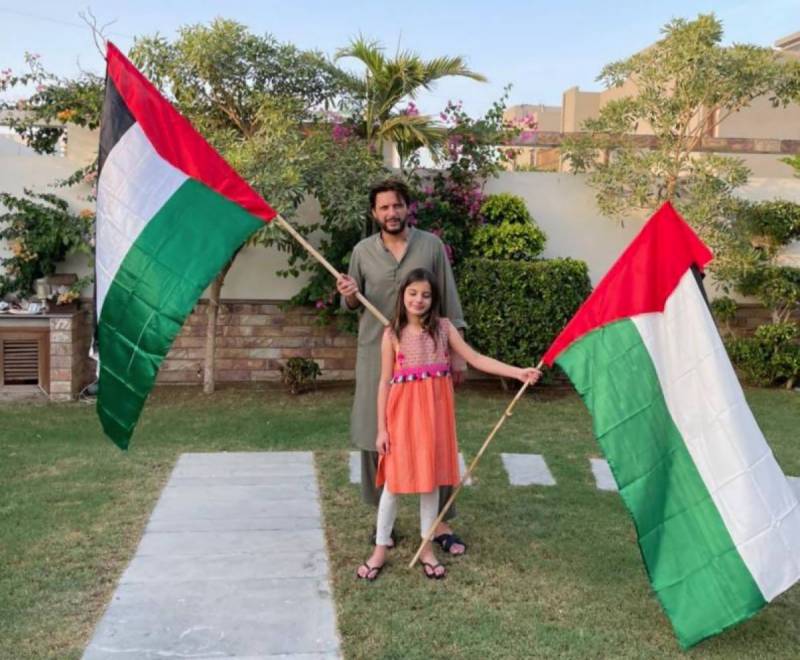 The 44-year-old can be seen holding the Palestinian flag along with his second youngest daughter. The post shared on his official handle expressed solidarity with oppressed Palestinians and ensuring them that they are not alone in their fight against Israeli atrocities.

‘No matter how far we are but our hearts beat with you’, reads the note shared on Boom Boom Twitter.

On Wednesday, Pakistani celebrities along with hundreds of citizens gathered in Sindh capital to protest against the Israeli violence in Palestine.

Meanwhile, the death toll in Gaza reached 227 as of Thursday, including 65 children and 36 women, in addition to around 1,500 injuries, according to figures from the Palestinian Health Ministry.