Chinese Ambassador in Pakistan vows to jointly defeat the enemies of CPEC
20 May, 2021 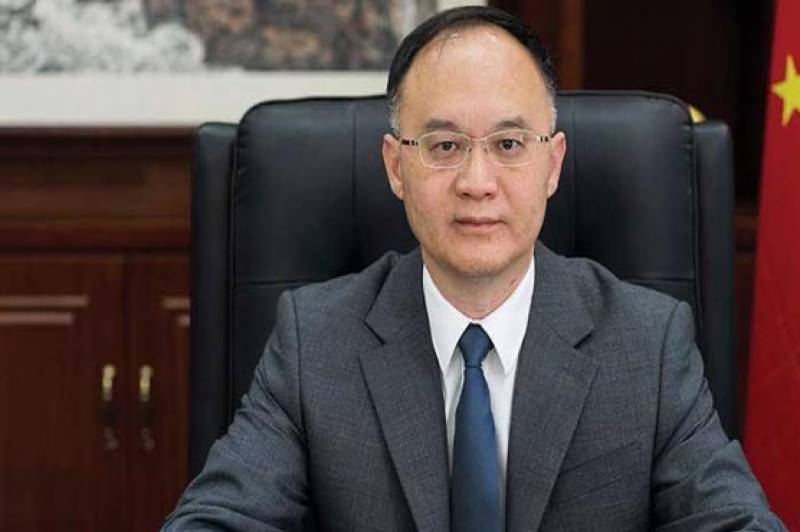 ISLAMABAD - Chinese Ambassador to Pakistan Nong Rong said Pakistan and China are tied in deep rooted relations and these relations will further fortify with the passage of time.

He expressed these views while addressing the book launching ceremony titled "Higher Than Karakoram: Seven Decades of Pakistan-China partnership" in Islamabad on Thursday.

The Chinese Ambassador said China is fully committed to the development of Pakistan. He said we should be fully prepared to defeat those who are not happy with Pak-China close friendship and success of China-Pakistan Economic Corridor project.

He said people to people exchanges play an important role in developing the bilateral relations. He said people of both the countries need to know each other for a better understanding.

Speaking on the occasion, Foreign Secretary Sohail Mahmood said Pak-China relationship is and will remain the cornerstone of Pakistan s foreign policy. He said China always supported on the issue of Indian Illegally Occupied Jammu and Kashmir.

He said the CPEC project will promote the regional connectivity and contribute to the national development as well. He said CPEC has entered into the second phase with focus on industrialization and agriculture sector to ensure the socio economic development.

He expressed gratitude to China over the provision of anti COVID-19 vaccine which helped saving the precious lives. He said high-level exchanges are the hallmark of our relations to further solidify the mutual cooperation between the two countries.

Expressing his views, Pakistan s Ambassador to China Moin-ul-Haque said Pakistan and China enjoy strong relations as both the countries always supported each other in the hour of trial and played an important role in ensuring the regional peace and stability as well.