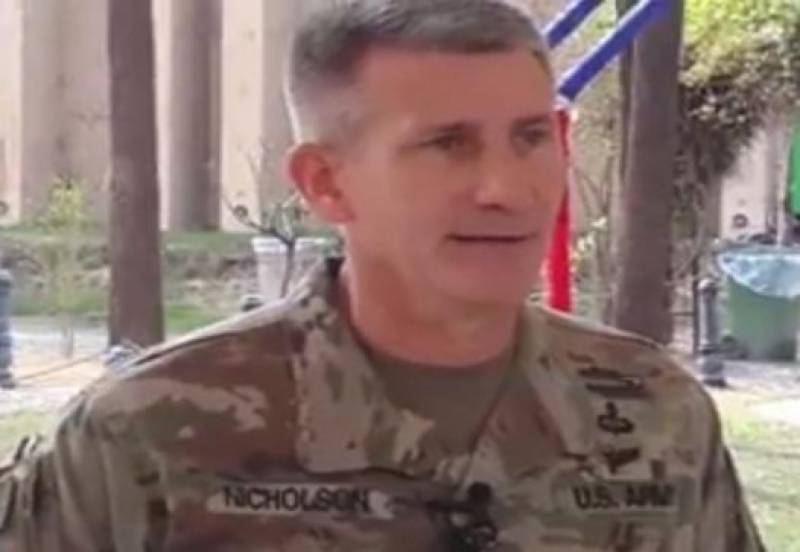 KABUL - US and NATO forces commander in Afghanistan Gen. John Nicholson on Monday accused Russia, Pakistan and Iran of continuing to support the Taliban insurgency.

Speaking at NATO’s train and advise headquarters here, Nicholson told reporters on the eve of Nawroz, the first day of the new Afghan solar year, the NATO commander alleged Russia and Iran provided training, equipment and money to the Taliban.

He added Tehran and Moscow provided support to Taliban against Daesh but they were indeed committing a huge mistake by doing so.

He said the US had launched a world <link>-wide campaign against Daesh and had strong commitment to eliminate the terrorist organization.

“Those concerned about Daesh should share their views with us, so we could launch a joint effort. They should refrain helping the Taliban.”

The US general made it clear that Russia and Iran supported the Taliban for their own interest not the Afghans’. He believed support to terrorists was in the interest of no party.

Nicholson also lashed out at Pakistan <link> for what he said not taking tangible steps against terrorist outfits and added Islamabad’s positive steps could be seen while violence in Afghanistan has not declined.

He said 80 percent of Daesh fighters were former members of the Pakistani Taliban while the remaining 20 percent were remnants of the Uzbekistan Islamic Movement (UIM).