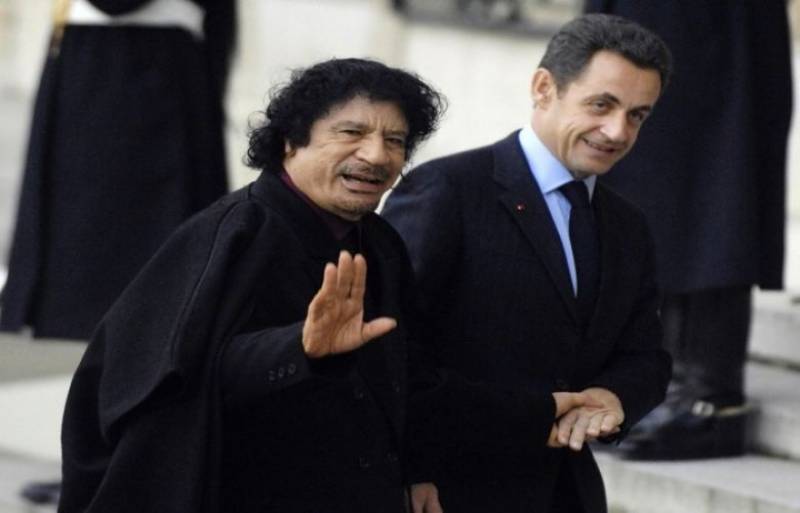 Mr Sarkozy is being questioned by police in connection to the investigation into "irregularities" in election campaign financing, a French court source told Reuters.

He is said to have accepted €50m from Muammar Gaddafi's regime, claims which have been repeated by the late Libyan dictator's son and French businessman Ziad Takieddine. The amount would be more than double the legal spending limit in French elections at that time, which was €21m.

Mr Sarkozy and his campaign manager have repeatedly denied accepting money from Libya.

According to Le Monde, this is the first time Mr Sarkozy has been questioned in relation to this investigation, which was opened in April 2013.

He can be held for up to 48 hours and presented to Magistrates Court for indictment straight away if police seek charges.

Mr Sarkozy has already been ordered to stand trial in a separate case, concerning the financing of his failed 2012 re-election campaign, when he lost to Francois Hollande.

In March 2011, Saif al-Islam Gaddafi, the late dictator's son, told Euronews: "Sarkozy has to give back the money he accepted from Libya to finance his electoral campaign. We financed his campaign and we have the proof…

"The first thing we're demanding is that this clown gives back the money to the Libyan people."

Mr Takieddine claims he delivered three suitcases stuffed with cash to Paris between 2006 and 2007, and handed them over to Mr Sarkozy in the Interior Ministry when he was a minister. Mr Sarkozy was president of France from 2007 until 2012.

He attempted to stage a comeback for the 2017 election, but failed to convince the voters in his own party to support him and had to concede to Francois Fillon and Alain Juppe.