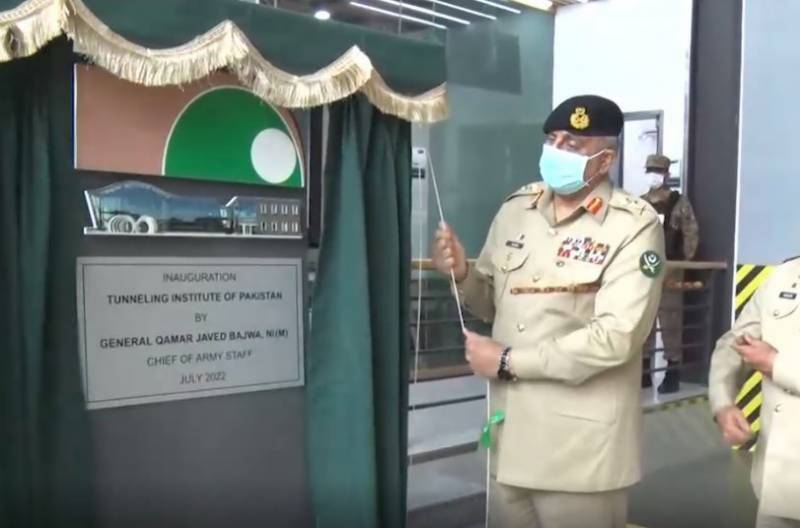 Report of the state broadcaster said the FWO institute will provide a distinctive platform to encompass tunneling education through both tunneling academia and industry experts.

Tunneling Institute is reportedly the sixth such facility in the World which has been completed and operationalized within the planned time frame of 10 months by Frontier Works Organization.

The reports also mentioned that the top general visited the National Emergency Operation Centre where he was apprised of the latest polio campaigns and challenges being faced.

Army chief directed to provide additional manpower and resources in sensitive locations to ensure a safe and secure environment for polio teams for proper reach and effectiveness of polio Campaigns to achieve the objective of a polio-free Pakistan, the report added.