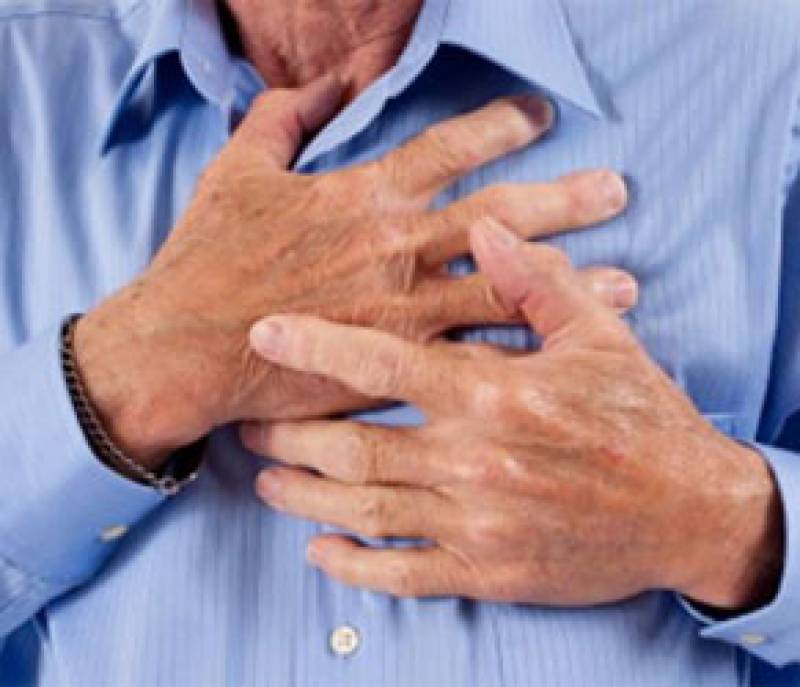 ISLAMABAD: (APP) People who develop heart failure after the first heart attack have higher chances of getting diagnosed with cancer, reveals a new study.

According to researchers, cancer is usually considered a separate cause of death from heart disease, studies have been conducted to determine an association between heart disease and an increased cancer risk,Health news reported.

According to the study, the non-cardiac causes of heart failure death, such as cancer, are becoming increasingly recognised as researchers learn more about their association with the disease.

For the study, the researchers chose to compare those with and without heart failure after heart attack and looked at records for 1,081 patients who had their first heart attack between November 2002 and December 2010.

The analysis showed that after 1.5 years of follow up there were higher rates of cancer among patients with heart failure."Our research suggests an association between both diseases and it is possible that as we learn more about how this connection works, we can prevent deaths. Physicians should recognize this increased cancer risk for heart failure patients and follow guideline recommended surveillance and early detection practices," said Veronique Roger, MD, Mayo Clinic.

The influence of medication on cancer diagnosis was also studied. Patients who developed heart failure after heart attack were prescribed the same medications at discharge as those who were not.The researchers concluded that treatment for heart attack was not likely responsible for the higher rate of cancer in heart failure patients.