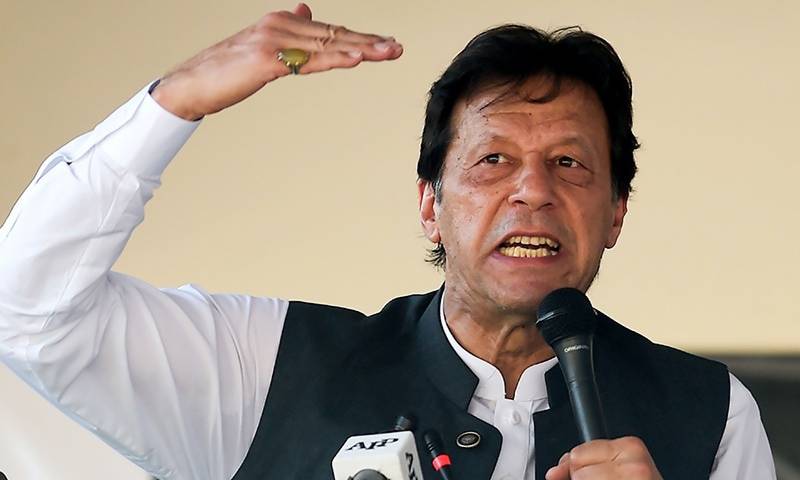 *Prime Minister Imran Khan says that the Ghotki incident was a conspiracy to sabotage his United Nations General Assembly address, where he would raise the Kashmir issue.*

“I condemn what happened in Ghotki,” he remarked during a press conference in Peshawar on Wednesday. All citizens are given equal importance in the Constitution and Islam, he added.

On Sunday, 50 individuals vandalised a Hindu temple in Ghotki after an alleged case of blasphemy.

The premier believes that the attack was an attempt to prove that Pakistan is no different than India and ill-treats minorities in the country.

PM Khan said he will talk about the Kashmir issue in the UN General Assembly. He said the address “will be nothing like anyone has ever seen”.

India has been captured by a racist and extremist person, PM Khan said, adding that a normal person cannot behave in such a way. “He is following an RSS ideology,” he said, referring to Indian Prime Minister Narendra Mod