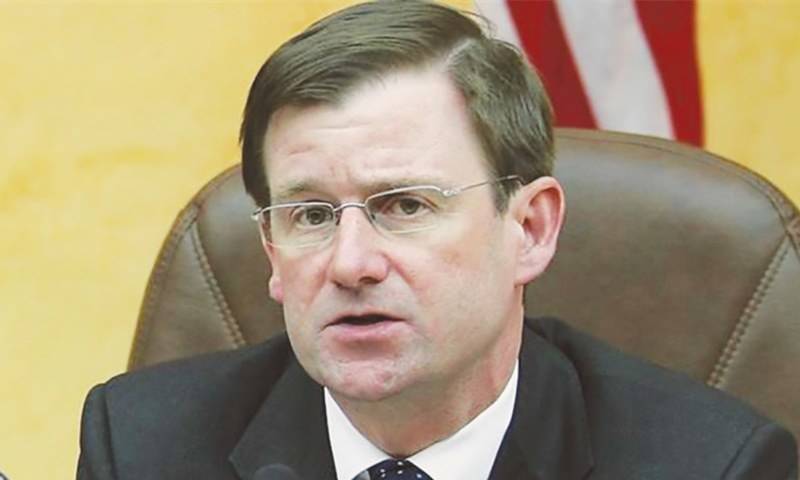 WASHINGTON - David Hale, the US ambassador to Pakistan from 2015-18 has been honoured with the highest ever civilian Award by the US government.

Hale says that bringing about the release of an American citizen, Caitlan Coleman and her family, from captivity in Pakistan was one of the most memorable moments of his long career.

On Monday, the US State Department announced that Mr Hale is among those four American diplomats who have been promoted to the rank of a Career Ambas­sador.

This is the highest rank in the US diplomacy and is equal to a four-star general in the military.

The other three are Philip Goldberg, Charge d’Affaires ad interim at the US Embassy in Cuba, Michele Sison, US Ambassador to Haiti, and Daniel Smith, Assistant Secretary of State for Intelligence and Research.

Mr Hale is currently the Under Secretary of State for Political Affairs.

“I led a team effort in Pakistan that successfully seized an opportunity to bring about the release and return home of an American citizen, Caitlan Coleman, and her family,” said Mr Hale when asked to define the most memorable moment of his career.