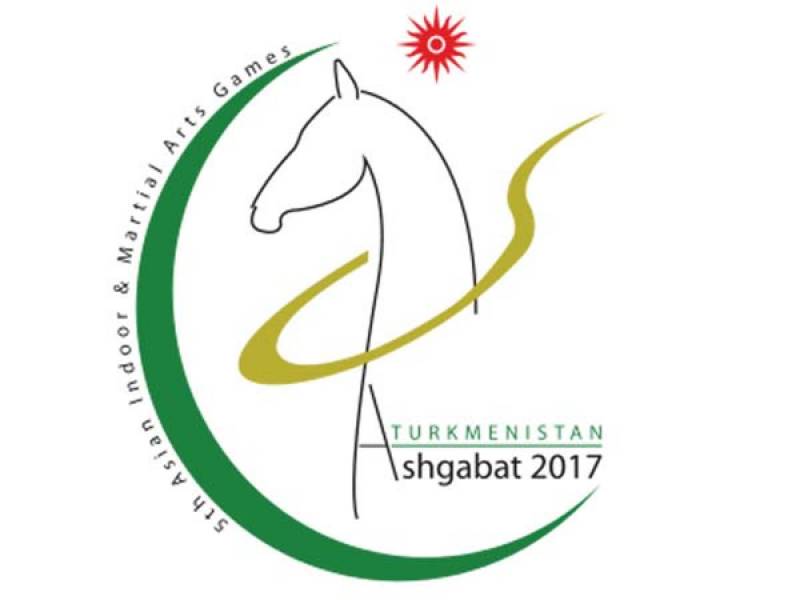 ASHGABAT (Turkmenistan): The only hope for Pakistan Olympian athlete Mehboob Ali was disqualified by the Meet judge after video recording showing him breaking his lane despite giving best time in the 400m semi-final at Indoor Athletic Track wherein Pakistan added four more bronze medals to the overall tally of 8 medals in 5th Asian Indoor and Martial Arts Games being played on various venues here Tuesday.
Soon after receiving disqualification call from the Meet Judge, thePakistani official present on this occasion submitted a request to the jury of appeal who after analyzing the report of the Lane Judge and call from the Meet Judge, declared Mehboob Ali as disqualified on Tuesday morning.
Mehboob was unlucky because he recorded the best time of both thesemi-final 47.73sec beating his own 48.20sec during the heat qualification.It was also assess thoroughly that either Mehboob did this deliberatelyor it happens mistakenly.
In the report he was not penalized as it happens mistakenly and thus only called him disqualification instead of penalizing.
When contacted, President Athletic Federation of Pakistan Major Gen (Retd) Akram Sahi and Secretary General AFP Muhammad Zafar, they also clarified that it happens mistakenly so Mehboob Ali was disqualified only instead of penalizing.
After Mehboob, Maria Maratab could not make it in the triple jump after her distance of 11.96m and was far behind from the fellow competitors while Najma Perveen got 6th position in the heat by finishing her 60m sprint in 8.11sec. M. Shahbaz also failed to impress with his lost in the semi-final of the Men’s 60m sprint, taking fifth position with his time 7.5sec. He qualified the heat with clock showing 7.03sec before the semi-finals.The most impressive match was played for former World No. 2, three times Asian silver medalist and two times World Cup silver medalist M. Sajjad who defeating his rival from Rayad Nahar of Jordan by 5-4 in Men’s 6 Red Snooker Singles in best of nine frames.

Sajjad dominated the match right in the start. Bilal, the Asian Championship bronze medal in Doha Qatar and Asjad was part of the World Cup team, are also in best form to win the medals.Muhammad Sajjad (Pak) beat Rayad Nahar (Jordan) 5-4, (55-07, 02-56, 09-75(44), 44-21, 28-34, 78-0, 79, 08-60, 41-01) and M. Bilal (Pak) beat Binh Nguyen (Vietnam) 5-0, the score (30-05, 36-20, 40-05, 41-12, 35-11).
Pakistani players gave a stunning performance in the newly introduced discipline “Belt Wrestling” winning three medals when Benish Khan in 70kg weight, Maryum in 50kg weight and Basit in 100kg weight grabbed bronze medals.
Benish Khan recorded victory against Maria Seduniva of Tajikistan on point 3-0 and in the medal fight lost to Nasiba Tukh of Uzbekistan on points.Surprisingly none of the players from Pakistani contingent were there to support the players like the other countries as only coach was sitting to encourage the players.
After winning bronze medal by Benish Khan, Maryum in the -50kg also bagged bronze medal as she lost to Lecun Badaglyyewa of Turkmenistan. Maryum has not supporters as against then host Lecun who received thundering applauses from the jam-packed sitting spectators.
Promising Basit claimed bronze medal in the 100kg weight by defeating first Khesoh Vechite of India in a one-sided affair, the point was 5-0 and then upset Rakhimov of Uzbekistan before losing on points.
Besides these three medalists winner, all the other nine players of Pakistan could not make it to the last round and they were either ousted in the first round or in the second round comprising Humaira Ashiq, 50kg, Shehzad Khan in -65kg weight category, Muhammad Shehzad -55kg, Muhammad Adnan (-90kg), Zahir Zubair (+100kg), Raza Tayyub in -100kg, Anwar Muhammad Saeed in -55kg, Muhammad Sharif in -70kg, and Hafeez Ullah in -80kg.
Arshad Sattar, officials of the Belt Wrestling, expressed his dissatisfaction over the result and said that the boys and girls should have won medals as we were expecting from them but they lost surprisingly.
He said the discipline is still going on till September 23 and we are expecting more medals in it.Pakistan has finished with Ju-jitsu event with one gold, two silver and three bronze medals by adding one bronze on Tuesday when Jehanzeb Rashid Lone in the Na-Waza -56kg weight grabbed the bronze medal after handing an upsetting defeat to Konyssov Kuandyk of Kazekistan and Shari Pou Firdous of Tajikistan before losing a crunch match to Alfadhli Omer of United Arab Emirates.
In the same event, Amna Rashid of Pakistan was disqualified against Saina Agajanowa of Turkmenistan in +70 kg weight category while Irum Kanwal in the -70kg lost to Garowawo Aysalocan before recording victory against Alkubuj of Jordan when the later was disqualified.
In the Ju-Jitsu Turkmenistan claimed seven gold medal, seven silver and five bronze medal by taking 19 medal in total 18 countries took part, Thailand got second position with four gold medal, two silver and six bronze medal by claiming 12 medals, UAE got third position, with three gold medal, four silver medal and six bronze medal with total 13 medal, Philippines got fourth position with five medals with two gold and three silver medal and Pakistan remained at fifth with one gold, two silver and four bronze medal by taking seven medals. Jordan got 6th position with one gold medal, one silver medal and three bronze medals.
In the Medal table Turkmenistan leading the tally with 33 gold, 23 silver and 17 bronze medal, followed by Iran with five gold, three silver and 13 bronze medal, Thailand with four gold, seven silver and 9 bronze, Kazakhstan with 4 gold, four silver and 8 bronze medal. Pakistan slipped to 14 positions with one gold, two silver and nine bronze medals, behind, Uzbekistan, UEA, China, Philippines, Korea, India, Mongolia, Kyrgyzstan, and Vietnam.