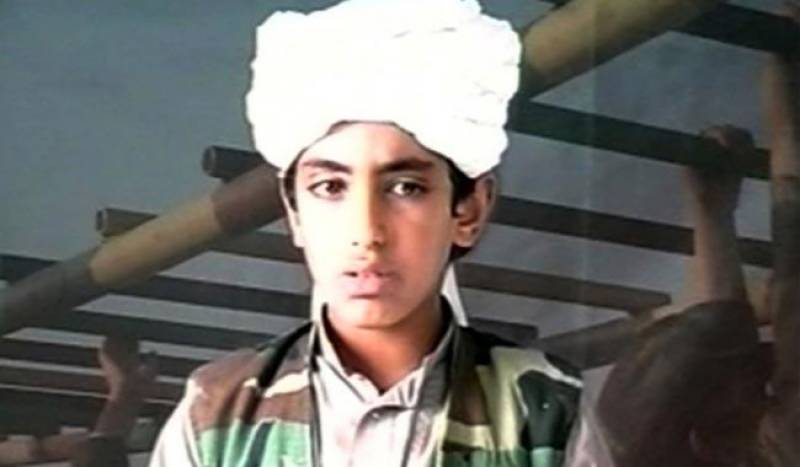 PARIS: A photo montage published by Al-Qaeda to mark the 16th anniversary of 9/11 shows the face of Osama bin Laden in the flames of the Twin Towers.

At his side is his son Hamza, the "crown prince of jihad".

The young man, now 28, has appeared since childhood in the propaganda network founded by his father.

And now, some officials and analysts believe he might try to unify jihadists around the world, taking advantage of the military weakness of the Islamic State (IS) group.

In a report published by the Combating Terrorism Center (CTC), former FBI special agent and Al-Qaeda specialist Ali Soufan wrote: "Now in his late 20s, Hamza is being prepared for a leadership role in the organisation his father founded.

"As a member of the bin Laden dynasty, Hamza is likely to be perceived favourably by the jihadi rank-and-file.

"With the Islamic State ´caliphate´ apparently on the verge of collapse, Hamza is now the figure best placed to reunify the global jihadi movement."

The 15th of bin Laden´s 20 children, a son of his third wife, Hamza has been groomed to follow in his father´s footsteps since childhood.

At his side in Afghanistan before 9/11, he learned how to handle weapons, and ranted in his thin voice against Americans, Jews and "Crusaders" in videos uploaded online.

On the eve of the attack on the World Trade Center and the Pentagon, Hamza was separated from his father, whom he was never to see again.

He was evacuated with the clan´s wives and other children to Jalalabad in Afghanistan, then on to Iran, where they were placed under house arrest for years.

His whereabouts now are unknown.

A sophisticated system of messengers allowed bin Laden and his favourite son to remain in contact by writing letters, some of which were found during the raid that killed the terrorist in Abbottabad, in Pakistan.

In them Hamza assures his father that he is "forged in steel" and ready "for victory or martyrdom".

"What makes me really sad is that the legions of mujahideen started, and I did not join them," he wrote in July 2009.

In an audio message in August 2015, Hamza pays homage his father the "martyr" and his elder brother Khalid, who died while trying to defend him at Abbottabad and asks jihadists around the world to "strike from Kabul to Baghdad, from Gaza to Washington, London, Paris and Tel Aviv".

One year later, in a diatribe entitled "We are all Osama," he called for vengeance, warning: "If you think you will not be held accountable for the crime in Abbottabad, you are mistaken."

Eighteen months later, after similar appeals, the US State Department reinforced his credibility within jihadist circles by putting his name on the blacklist of "international terrorists".

"Hamza even makes an effort to sound like his father intoning his words with the same quiet intensity.

"As the Islamic State continues to crumble, many of its adherents will be looking for new banners under which to fight. Many factors suggest that Hamza could be a highly effective leader.

"It remains to be seen how, exactly, the organisation will make use of him, but it is clear that his star is on the rise. That should worry policymakers in the West as well as in the Muslim world."