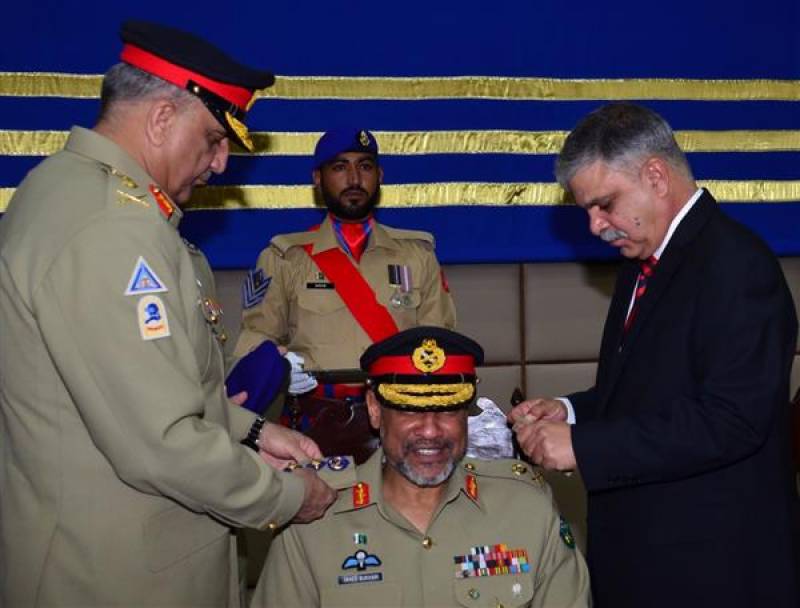 COAS pinned the badges of rank at the ceremony, the statement said adding Lt Gen Javed Mahmood Bukhari has the honor to be the sword of honor of his PMA Course awarded to the best cadet and has extraordinary record of service and contributions to the service.

The Gen served as Brigade Commander as well as GOC Swat.

A large number of serving and retired officers attended the ceremony, the statement added.

While talking to the audience COAS praised contributions of Engineers Corps towards nation building, natural calamities and operations.

He said Engineers Corps of Pakistan Army has much to take pride in their contributions towards defence and development of the motherland.