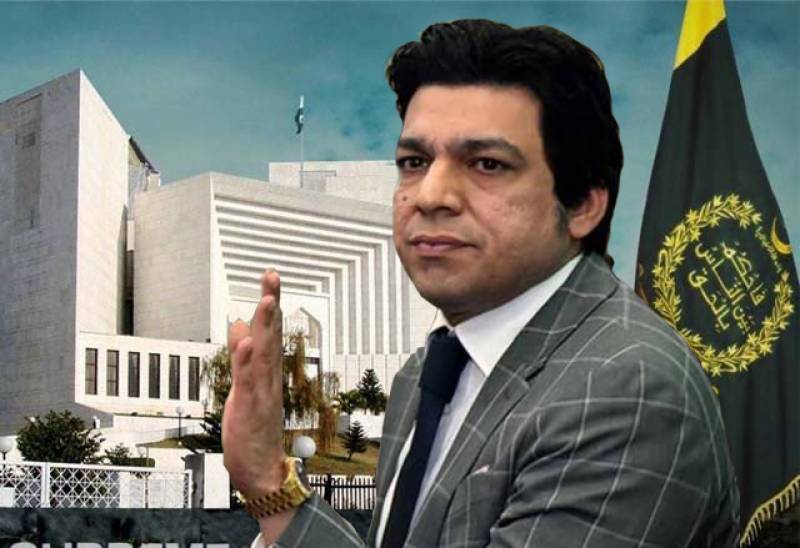 ISLAMABAD – The Supreme Court of Pakistan on Wednesday resumed the hearing of former ruling party leader Faisal Vawda's appeal against his disqualification in the dual nationality case.

Another ‘lie’ of the PTI Sindh chapter leader surfaced as a three-member bench led by Chief Justice of Pakistan Umar Ata Bandial heard his appeal against disqualification by the Election Commission of Pakistan over concealment of his dual nationality at the time of contesting the election in the general elections.

During the hearing, the top court asked how can an expired and canceled passport can be proof of abandonment of nationality.

Pakistan's first woman judge in the top court, Justice Ayesha Malik, remarked that Vawda submitted an expired passport to the returning officer in 2018 and mentioned that for renewal of the passport, a cancellation stamp must be placed on the old one.

How can an expired passport be proof of relinquishment of citizenship?” she asked.

Vawda’s lawyer, however, argued that the RO expressed satisfaction after reviewing his expired passport.

The country’s top judge Justice Umar Ata Bandial remarked that the matter had become quite serious while Justice Mansoor Ali Shah said another ‘lie’ of former ruling PTI had surfaced.

After the arguments, Vawda’s lawyer sought more time from the Supreme court for preparation; the court later adjourned the case hearing till next week.

Earlier this year, the Election Commission of Pakistan disqualified Faisal Vawda over the concealment of his dual nationality at the time of contesting the 2018 general polls.