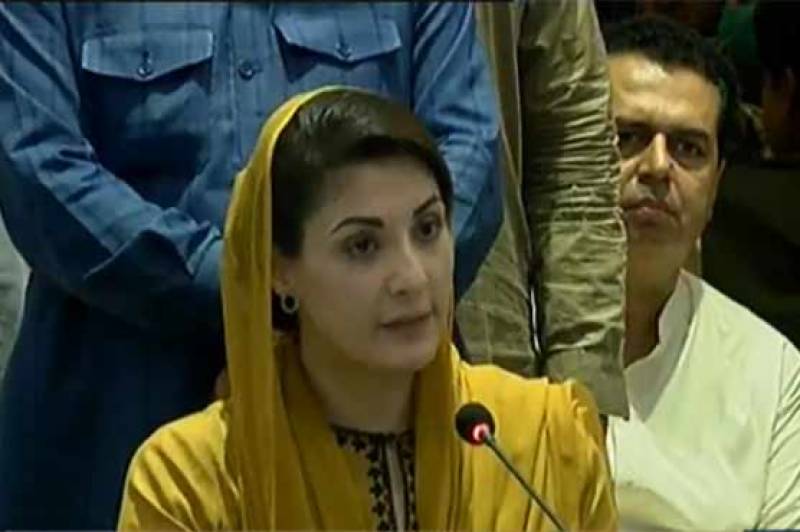 KARACHI – Pakistan Muslim League-Nawaz (PML-N) vice president Maryam Nawaz on Monday while hitting out at the federal government over the arrest of her husband Captain (r) Muhammad Safdar dared the authorities to arrest her if they have courage.

Addressing a press conference flanked by PDM leadership including Jamiat Ulema-e-Islam-Fazl (JUI-F) chief Moulana Fazlur Rehman in Karachi on Monday, PML-N vice president Maryam Nawaz said that those who have declared traitors from Madar-i-Millat Fatima Jinnah to former prime minister and party supremo Nawaz Sharif are the ones who have felt the pain.

“The only people who have a problem with slogans asking for democracy are those who stole the people’s mandate and they stole it from Fatima Jinnah too,” Maryam said.

She said that they think that by arresting Safdar, there will be a rift between PPP and PML-N but they have failed as we know what game was played.

“No one asked when Pakistan Tehreek-e-Insaf (PTI) workers violated the sanctity of the tomb of the Father of the Nation Quaid-e-Azam Muhammad Ali Jinnah,” she said.