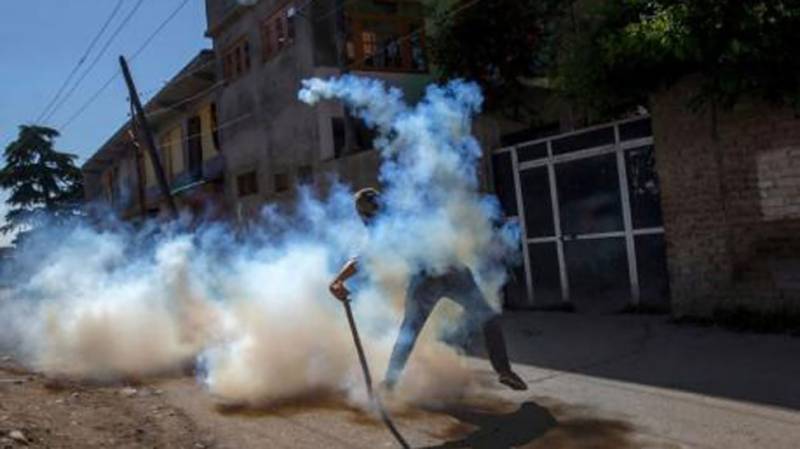 SRINAGAR - Indian Military camp has been attacked in occupied Kashmir.

As per indian media report, Indian army camp in occupied Jammu and Kashmir's Pulwama was attacked on Friday. A woman was killed in the cross-firing between militants and security forces..

"There was a UBGL attack followed by firing at the army camp in Shadimarg area of Pulwama," a police official said.

He said the security forces returned fire, triggering a brief gun battle in which a woman, identified as Firdausa, was injured.