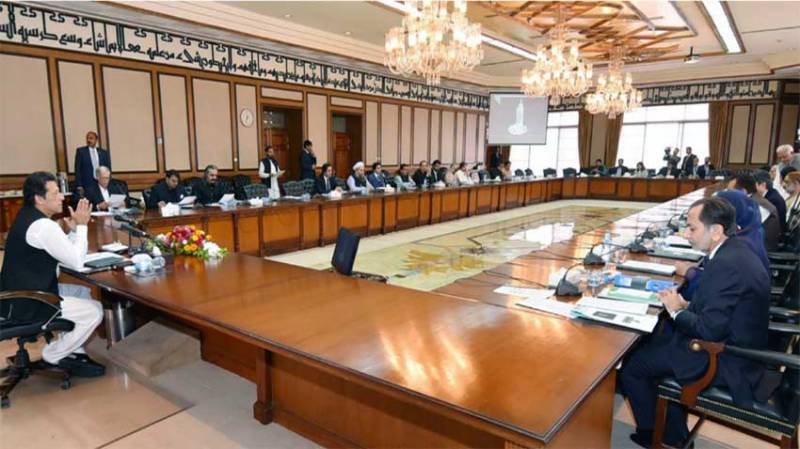 Federal cabinet has decided to give three percent share to erstwhile FATA under National Finance Commission Award by reducing the share of provinces.

Briefing newsmen after cabinet meeting, which was held in Islamabad on Thursday under Prime Minister Imran Khan, Information Minister Chaudhry Fawad Hussain, who was also accompanied by Petroleum Minister Ghulam Sarwar Khan, said FATA Secretariat will be abolished and all administrative matters of the area will be overseen by Khyber Pakhtunkhwa Chief Minister Secretariat.

Information Minister said the Prime Minister has directed to speed up the process of NFC Award.

He said the cabinet has also decided to devise a new policy on arm licenses. He said after the passage of 18th constitutional amendment, issuance of arm licenses is responsibility of provinces; therefore, federal government will withdraw its appeal on this count from the Supreme Court.

The Minister said the cabinet decided to establish a high level committee on transformation of Karachi. He said Karachi Infrastructure Development Company Limited will be revamped to make it more effective in executing projects.

Similarly, the Minister said, development of Balochistan is also top priority of the PTI government.

Chaudhary Fawad Hussain said the cabinet decided to reduce the number of foreign visits of federal ministers by 33.3 percent. He said apart from Foreign Minister, no minister will have more than three visits abroad a year.

The Minister said Prime Minister took notice of the problems being faced by farmers of sugarcane. The cabinet decided to start the crushing season from 15th of next month in order to save farmers from losses. He said provincial governments have been issued directions in this regard and Chief Ministers of Punjab and Khyber Pakhtunkhwa will meet with Prime Minister soon to brief him on administrative steps on this issue.

Information Minister said cabinet decided to merge Earthquake Reconstruction and Rehabilitation Authority into National Disaster Management Authority as ERRA was created for a specific purpose. He said the employees of ERRA working in provincial offices will be accommodated in provincial offices of NDMA while the employees working in federal office will join the NDMA office in Islamabad.

Speaking on the occasion, Petroleum Minister Ghaulam Sarwar Khan said the cabinet decided to renegotiate agreements of the two Liquefied Natural Gas terminals installed by the PML-N government with the parties concerned due to high return on equity.

He said the return on equity in the agreement signed with Engro Company was 44 percent, which is double to the market rate, implying some under hand deal. He said the return rate in the other terminal is 22 percent.

Ghulam Sarwar Khan said the LNG terminal agreements and LNG import deal with Qatar have brought the economy under stress.

Responding to a question about IMF programme, the Information Minister said the government requires twelve billion dollars to bring the economy out of the crisis. He said talks are underway with friendly countries and IMF for the purpose.

Chaudhry Fawad Hussain said the government is enforcing a transparent system, which will attract huge investment.

To a question about the recent by-elections, the Petroleum Minister said the elections were held in the most transparent manner. He said the previous governments had always influenced the by-elections.