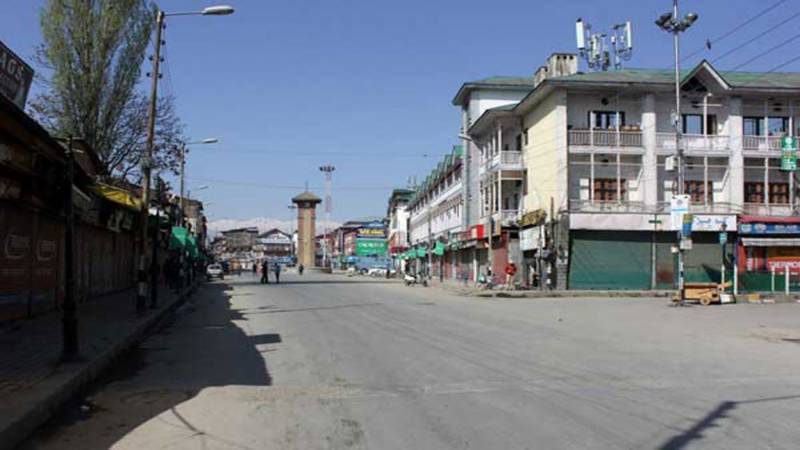 In Occupied Kashmir, complete shutdown is being observed on Thursday against the killings, arbitrary arrests, and attack on journalists by Indian forces.

Call for the strike has been given by the Joint Resistance Leadership comprising Syed Ali Gilani, Mirwaiz Umar Farooq and Muhammad Yasin Malik. All shops, other business establishments and educational institutions are closed while traffic is off the road.

The authorities have suspended internet and mobile services in different areas of the Kashmir Valley.

Stringent measures have been taken by the authorities in Srinagar and other parts of the valley in the name of security to prevent anti-India protests.