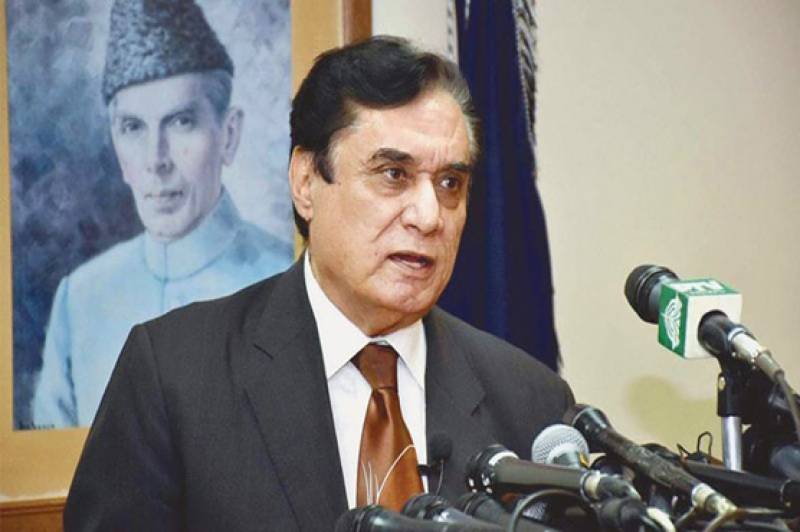 He asserted on Tuesday that no National Reconciliation Ordinance (NRO) would be made from the bureau’s part. He addressed a ceremony held in the honour of officers of the NAB in Islamabad, and said: “One person gets medical treatment in London or America, whereas other people do not.”

“No one should expect that the bureau will turn a blind eye towards ‘a person in power’ […] no one should anticipate that the ruling party has no responsibility.”

“No deal or relief will be struck from the NAB’s side,” he said, adding that making any compromise or surrender was out of question.

“Those people who have never read the NAB law are also criticising it […] I am not crying over lack of resources but the available resources should be utilised at their maximum efficiency,” he said.

“That person who is in the record of the NAB will never appreciate it […] accusing, vilifying or making threats towards me is of no benefit,” he added.

He pointed out that the country has been under debt of more than US $100 billion, and stated: “You think asking for its calculation is a crime!”

He mentioned that after 2017, no mega scandal has been unearthed and the bureau had focused on those cases which had been pending for a long time.

“It is asked what has the NAB done for the BRT […] the Supreme Court had given a stay order and we are trying to resolve the matter,” he outlined. “If arresting criminals is a crime, then this crime will go on,” he said.

He strongly criticised “some people for using a province card” and said the bureau’s activities would remain unaffected by this.

Mr Iqbal expressed strong reservations that the budget of multimillions of rupees has been allocated but people were being dying in dog-bite cases.

“Some people even treat their influenza virus in London, are other people not humans?” he asked. Moreover, he emphasised on increasing the number of judges in the country.