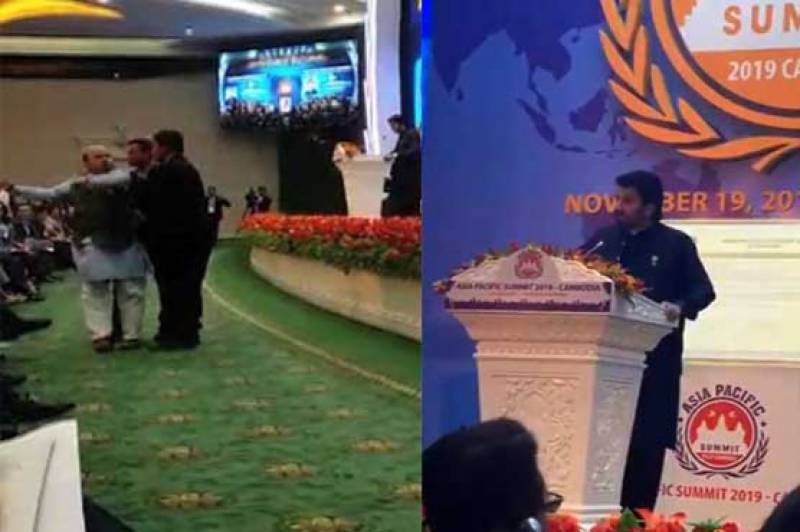 India faced yet another humiliation at international level as its parliamentarian Vijay Jolly was ousted from a ceremony at the Asia Pacific Summit 2019, Dunya News reported on Tuesday.

According to details, National Assembly Deputy Speaker Qasim Suri raised the Kashmir issue during his speech at the summit held in Phnom Penh, Cambodia. Vijay Jolly tried to stop him and erupted commotion during the event. The security staff expelled the Indian leader from the hall.

Public transport remains by and large off the roads in the held Valley.