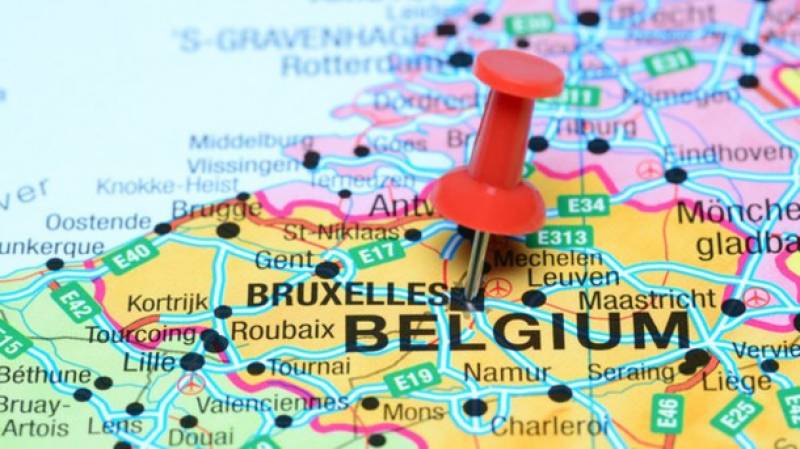 LAHORE: Belgiun Ambassador to Pakistan Philippe Bronchain said on Monday that trade, investment, economic and friendly relations between the two countries were very important to him and he has a mission to make these stronger.

Talking to the business community here at the Lahore Chamber of Commerce & Industry (LCCI), he said that Belgium and Pakistan enjoyed over 70 years of cordial relations which had gradually expanded.

The ambassador said that Belgium had always emphasised the importance of trade and investment and people-to-people contacts, asserting that bilateral trade between Belgium and Pakistan had more than doubled over the last few decades and could be further increased through joint efforts.

He said the both countries should identify more areas for cooperation and should also introduce more tradable items to enhance mutual trade volume. Pakistan should take full advantage of best geographical position of Belgium in European Union, he added.

He underscored that there should be more interaction between business communities of the two countries to enhance trade and economic cooperation. Pakistan was given the GSP Plus Status by European Union and it must get avail full benefits of this facility.

LCCI President Irfan Iqbal Sheikh said that Pakistan and Belgium had very cordial diplomatic relations and both the countries had been steady trading partners as well.

He mentioned that Belgium came simultaneously at 6th place among top importing as well as exporting countries in the European Union.

The LCCI president said: “Pakistan has been experiencing favourable balance of trade with Belgium and we wish to maintain it. There were better prospects of increasing trade and investment relations on the basis of GSP-Plus status.”

“We must find ways to enhance the current level of trade through identifying more items of trade,” he suggested.

He added that there were good prospects for undertaking joint ventures in Pakistan with the help of Belgian experience and technical know-how in the fields of agro-food processing, chemicals, surgical instruments, paper and paperboard, dairy, fertilizers and many more.

While, LCCI Senior Vice President Ali Hussam Asghar said that bilateral trade volume between Pakistan and Belgium had decreased which should be focused immediately. He said the Lahore Chamber had declared export emergency along with diplomatic emergency to increase Pakistan’s exports and to strengthen diplomatic ties with countries all around the globe.

For this purpose, he said, the LCCI had decided to have comprehensive discussions with foreign missions here in Pakistan.

Trade Commissioner of Belgium Abid Hussan said that Belgium highly encouraged Pakistani business community to have joint ventures with their counterparts in Belgium. Though there were dips in bilateral trade, this was a normal thing, he said and added that there was an overall business compression in Pakistan which affected the trade between the two sides.