Another positive development for Pakistan on the economic front
19 Nov, 2019 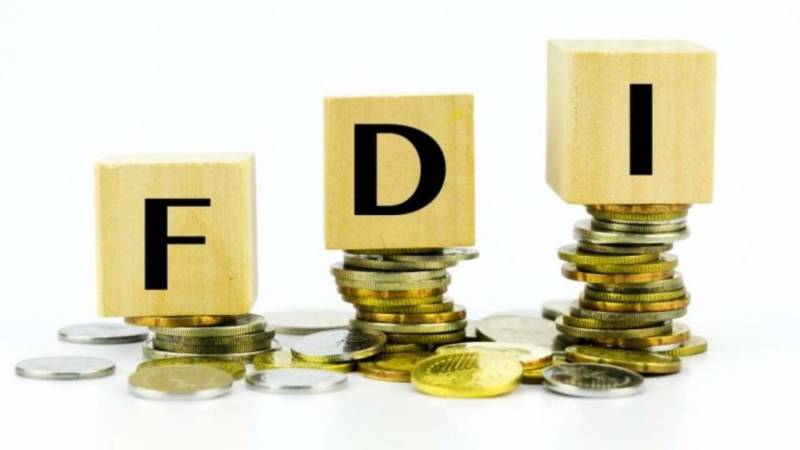 ISLAMABAD - Net Foreign Direct Investment (FDI) has recorded handsome inflows in different sectors from various countries as it surged to more than $1 billion in the first four months of the financial year 2019-20.

According to the State Bank of Pakistan (SBP), overall FDI increased to $1.102 billion during July to October 2019. Last year, net FDI was in a bad spot with no inflows but outflows of $77 million.

The net FDI is comprised of two heads—FDI in the real sector and FPI (Foreign Portfolio Investment), both of which recorded positive growth in the said period including net FDI.

FDI in the real sector, a part of the net FDI, registered a staggering growth of 238% from July to October 2019 compared to 2018. It increased to $650 million this year compared to the corresponding period of last year, where it stood at $191.1 million.

FDI from Norway was the highest value at $263 million due to the investment of Telenor Pakistan. It was followed by China with an investment of $122 million for ongoing projects under the China-Pakistan Economic Corridor.

Telecommunication was the leading sector with the highest FDI at $267 million. It was followed by electrical machinery, oil and gas exploration, and power sectors.

With the bullish trend at the Pakistan Stock Exchange (PSX) and high investor confidence in Pakistani debt instruments, Foreign Portfolio Investment (FPI) has received handsome inflows during July to October 2019.

The overall FPI recorded inflows of $452.3 million including investment of $15.6 million in equity securities and $436.7 million under debt securities.

According to the reports, the foreigners are interested in the market treasury bills with a record high investment this year.

Governor SBP Reza Baqir, in the recent media briefing, said that the economic reforms worked well which resulted in foreigners coming back to Pakistan for investments. If positive sentiments persist, FDI inflows will improve persistently in the country.

Investment is likely to go up in FPI and real sectors which also generate employment in the country, he added.

The growth in FDI is not just good news for the country but it will attract more investors as well, particularly with significant improvement in ease of doing business. More companies in the food, automobile, logistics sectors will come to Pakistan in the coming months.