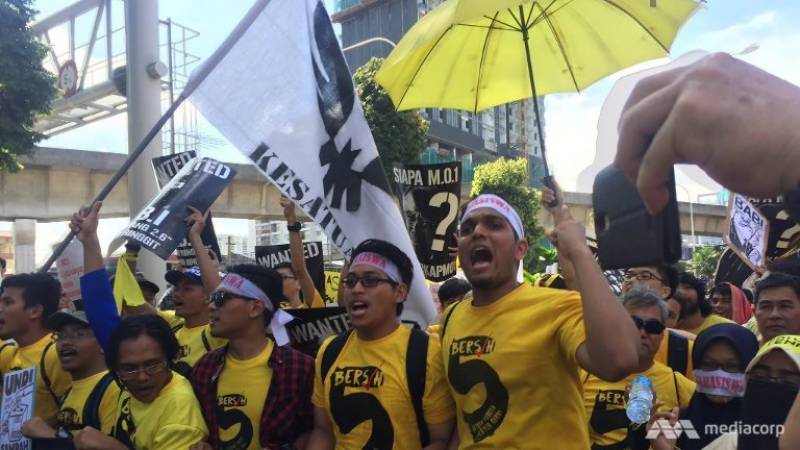 For the second time in 15 months, leading reformist group Bersih has organised a demonstration to demand Najib resign and face justice over allegations that billions were looted from his brainchild investment fund, 1MDB.

Tensions have spiralled in recent weeks following threats by the rightist "Red Shirts" group to confront their "Yellow Shirts" opponents.

The government arrested the leaders of both sides in the hours leading up to the rally, but it was unclear if the crackdown would further inflame the situation.

Riot police were seen at potential flash points and traffic in and around the capital was crippled by a maze of road closures put in place overnight. No violence was initially reported.

"We want a clean government. We want fair elections," said Derek Wong, 38, a real estate agent who was among thousands of high-spirited Bersih marchers, many banging drums and blowing vuvuzelas.