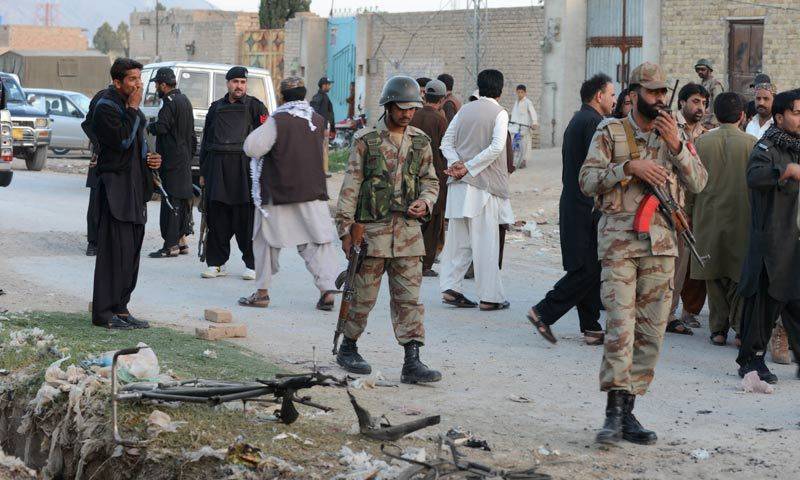 QUETTA: (APP) At least four personnel of Law Enforcement Agencies, hailing from Frontier Corps Balochistan and Quetta Police, had been killed and a civilian was injured in an ambush on Fatima Jinnah Road in the provincial capital here Saturday night.

Police sources said unknown armed men riding a motorcycle came on Fatima Jinnah Road and sprayed volley of bullets on personnel of FC and Police who were deployed there on security duty. As a result, five people including three FC personnel, one police constable and a civilian suffered gunshot wounds. The assailants managed to escape from the scene.

The rescue teams rushed to the scene and shifted the injured to hospital. Two of FC personnel and the police constable succumbed to their injuries on their way to hospital.

Later, another injured FC personnel also succumbed to his bullet wounds at Civil Hospital. A civilian also came under firing who was being provided medical treatment at the hospital.

The dead were identified as police constable Shah Wali and FC personnel Younas, Ahmed Nawaz and Muhammad Ali. The injured was recognized as Gul Ahmed.

The law enforcement agencies have cordoned off the entire area to trace out the suspects. A search operation had also been launched in the area. Further probe was underway.