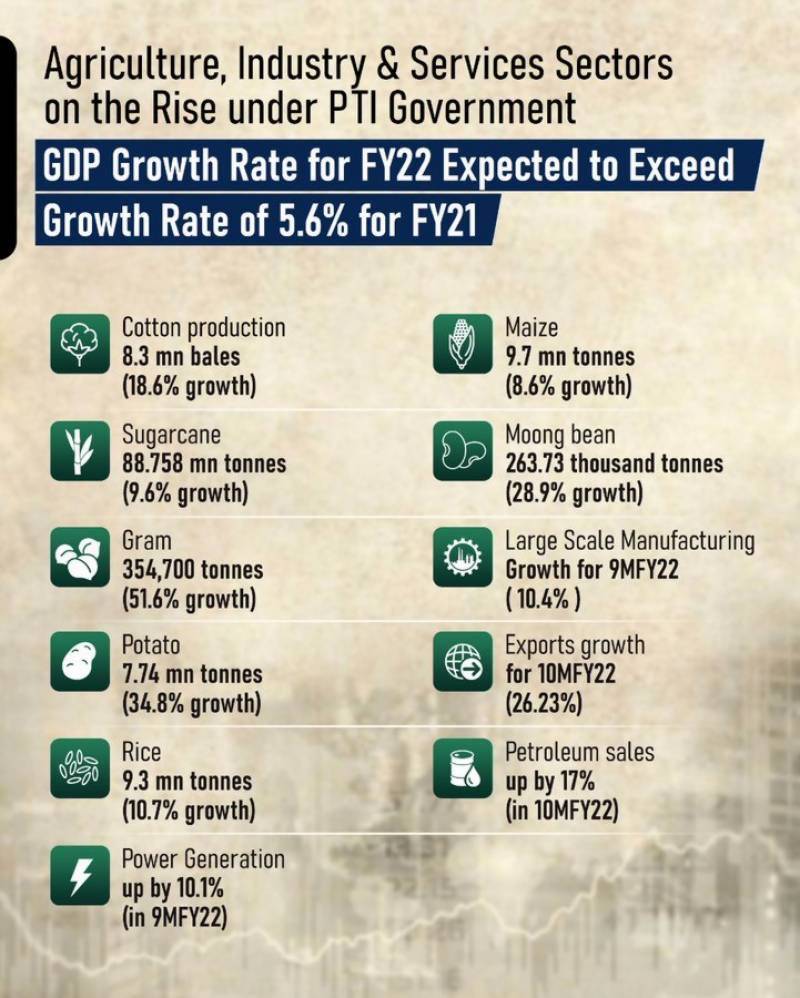 To defuse the opponents’ propaganda against his poor governance as Prime Minister, Pakistan Tehreek-e-Insaf (PTI) Chairman Imran Khan has released a special ‘performance chart’ of his previous government on Twitter.

According to the 24News HD TV channel, ousted Prime Minister Imran Khan on Wednesday shared a chart of his government's performance in a tweet and criticized the USA.

Imran Khan said in the tweet that when the US-backed regime change conspiracy removed the PTI government they were headed for a close to 6 per cent growth rate.

He further stated in the tweet that the cabal of crooks whose only priority is to get an NRO-2 have undone all the great work done by his team.