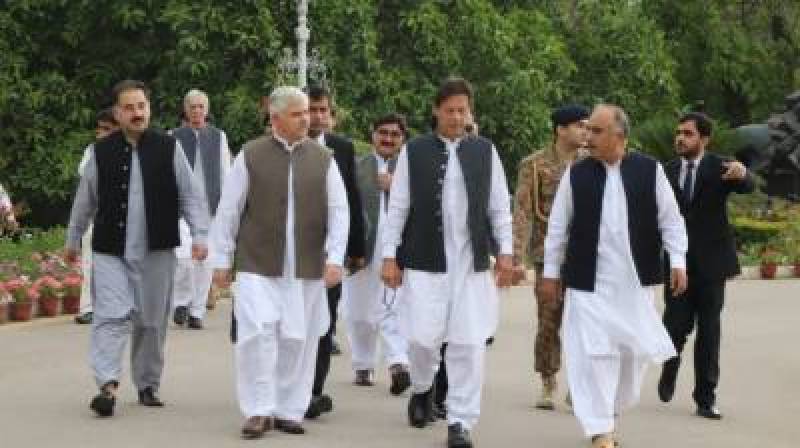 The Election Commission of Pakistan has imposed a fine link to the tune of Rs50,000 on Prime Minister Imran Khan link for violating the election code.

The fine link was slapped by Lower Dir District Monitoring Officer. The DMO has asked the prime minister to submit the fine link to the national kitty by March 22.

The election commission has also imposed fine link on chairmen candidates of 7 tehsils.

According to the DMO notice, the state machinery was used during a public rally held by the ruling PTI in Lower Dir on March 11. The DMO said that use of state resources could impact the forthcoming local government elections in the KP.

It is pertinent to mention here that the election commission also issued a notice to Prime Minister Khan for participating in the rally and summoned him on March 14, either in person or through his counsel.

Also on Friday, the Islamabad High Court (IHC) had rejected the petition, seeking court order to bar the Election Commission of Pakistan (ECP) from taking an action against Prime Minister Imran Khan link. During the hearing of the petition, Barrister Ali Zafar, counsel for the prime minister, prayed to the court to bar the ECP link from acting against his client until the next hearing.

Justice Aamer Farooq remarked that the court could not grant ‘stay’ in the case. “Seeing PM Imran’s conduct, the IHC cannot give such an order to the election commission,” he said, and added that the premier ought to have appeared in the ECP link. “Why don’t you appear in the ECP link and raise the issues there?” he asked.