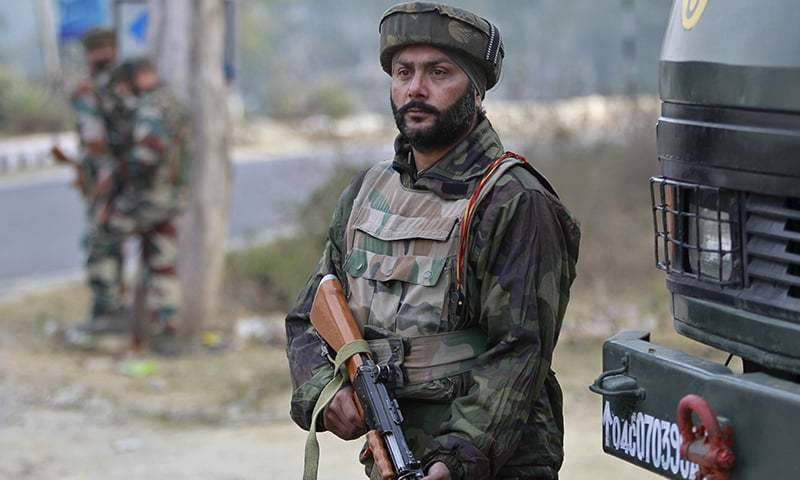 SRINAGAR: Indian Army killed two Kashmiris suspected of being militant in a gun battle in Peethawada area in Northwest of Srinagar on Friday.
Indian troops launched an overnight operation after receiving a call that armed militants were hiding in the area.

An army spokesman claimed that they were terrorists and killed in the operation.
Indian troops are killing Kashmiris brutally by claiming that they were militants.
Kashmiris are fighting for their independence or merger with Pakistan since 1947.

Tens of thousands of Kashmiris have been killed by Indian troops in state violence.
India blamed that Pakistan is behind the militant attacks inside the occupied Kashmir territory.
Pakistan has always raised voice on the international forum for the solution of the issue with peaceful dialogues.