All 62 people on board killed as FlyDubai Boeing 737 plane crashed in Southern Russia
19 Mar, 2016 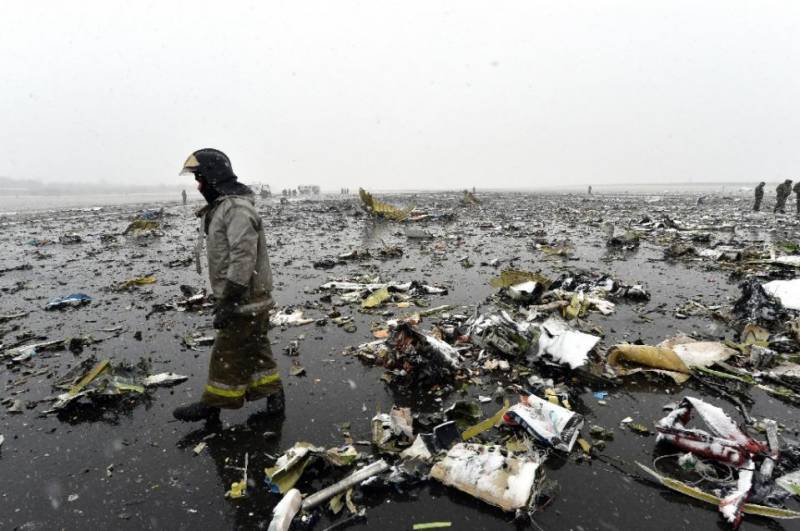 MOSCOW: All 62 people on board killed as FlyDubai Boeing 737 plane crashed in Rostov-on-Don in Southern Russia.
The plane crashed during landing in the bad weather.
Officials claimed that there were 55 Russian passengers including 4 children on the board along with 7 crew members.

Investigation Authorities and rescue teams have been rushed to the spot.
Investigation officials claimed that the plane skimmed with the ground and broke in several pieces.
The Investigative Committee of Russia’s Official said “At present, we are looking into two main theories for the plane crash in Rostov-on-Don: pilot error in connection with deteriorating weather conditions or a technical error.”

The airline said on its Facebook page “Flydubai regrets to confirm that flight FZ981 crashed on landing and that fatalities have been confirmed as a result of this tragic accident.”