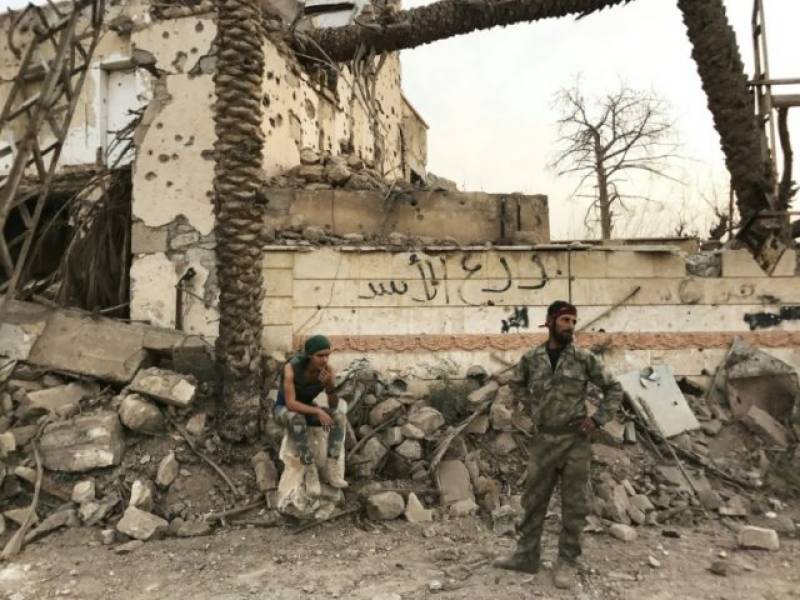 Syrian state media said overnight Sunday to Monday that US-led coalition aircraft had carried out a deadly strike on a regime position in the country’s east near the Iraqi border.

“Aircraft of the American coalition bombarded one of our military positions in the area of al-Hari southeast of Albu Kamal” town in Deir Ezzor, state news agency SANA reported a military source as saying, adding a number of people had been killed.

IS overran large swathes of Syria and neighbouring Iraq in 2014, declaring a “caliphate” in areas they controlled.

But the jihadists have since lost most of that territory, in Syria seeing their presence largely reduced to the country’s vast desert and a few villages near the frontier with Iraq.

In the oil-rich province of Deir Ezzor, the US-backed Syrian Democratic Forces and Syrian government forces have carried out parallel but separate offensives against IS.

Regime forces control land west of the Euphrates River that runs through the province, while the SDF are battling to expel IS from a string of villages on the river’s eastern banks near the Iraqi border.

Both sides have mostly avoided running into each other and a deconfliction line exists to avoid such incidents.

But there have been exceptions.

In April, rare clashes broke out between both sides, killing more than a dozen combatants.

In February, the US-led coalition backing the SDF carried out air strikes in Deir Ezzor province that killed at least 100 pro-regime fighters.

Washington said the strikes were in retaliation for an attack on its own personnel and SDF forces. – AFP