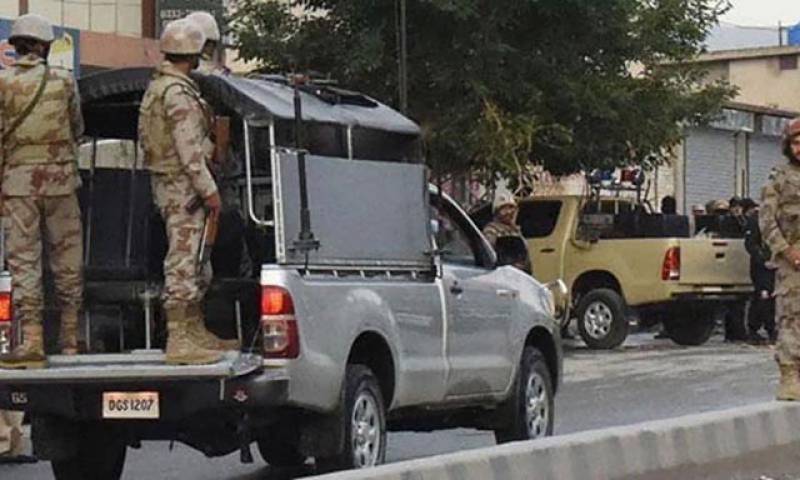 QUETTA – Frontier Corps soldier and two other persons were injured as terrorists attacked a check post with a hand-grenade in Balochistan capital.

Reports in local media said three persons suffered injuries in a grenade attack that occurred within the remits of Saryaab police station on Qambrani road.

Unidentified assailants hurled a hand grenade at an FC check post before escaping from the area.

Later, the injured persons were shifted to Civil Hospital Quetta. Meanwhile, security forces started a search operation after rushing to the area.

Balochistan’s Counter Terrorism Department has also detained some terrorists during a targeted operation in the provincial capital. The detained militants were involved in attacks on state institutions while arms, ammunition and explosives were also found.