US Secretary of State Mike Pompeo hits out against China for Uighur Muslims
19 Jan, 2021 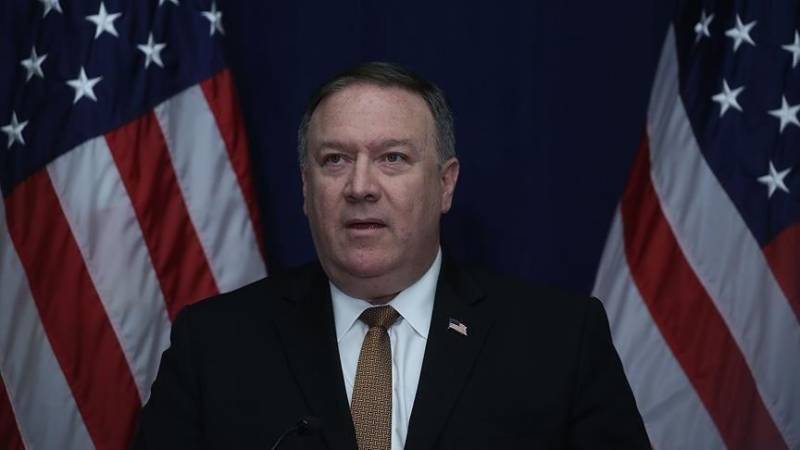 China committed "genocide" and "crimes against humanity" in its treatment of Muslim Uighurs and ethnic minorities in its autonomous Xinjiang region, the US Secretary of State said Tuesday.

Mike Pompeo praised the US for leading "the world in holding the perpetrators of the most heinous human rights abuses accountable" in a statement one day before President-elect Joe Biden assumes office.

He said the US documented China's actions in Xinjiang since March 2017, and local Chinese authorities stepped up their campaign of repression against Uighurs and members of other ethnic and religious minority groups, including ethnic Kazakhs and ethnic Kyrgyz.

"After careful examination of the available facts, I have determined that since at least March 2017, the People’s Republic of China (PRC), under the direction and control of the Chinese Communist Party (CCP), has committed crimes against humanity against the predominantly Muslim Uyghurs and other members of ethnic and religious minority groups in Xinjiang," according to Pompeo.

They include arbitrary imprisonment, deprivation of physical liberty, torture, forced labor, restrictions on freedom of religion.

"In addition, after careful examination of the available facts, I have determined that the PRC, under the direction and control of the CCP, has committed genocide against the predominantly Muslim Uyghurs and other ethnic and religious minority groups in Xinjiang," said Pompeo.

"I believe this genocide is ongoing, and that we are witnessing the systematic attempt to destroy Uyghurs by the Chinese party-state," he added.

Pompeo demanded that China immediately release those who are detained and terminate its system of internment, detention camps, house arrest and forced labor.

He also said China should end coercive population control measures, forced abortion, and the removal of children from their families and end all torture and abuse in places of detention.

The Xinjiang region is home to 10 million Uighurs. The Turkic Muslim group, which makes up around 45% of Xinjiang’s population, has long accused authorities of cultural, religious and economic discrimination.

Up to 1 million people, or about 7% of the Muslim population in Xinjiang, have been incarcerated in an expanding network of "political re-education" camps, according to US officials and UN experts.

The camps have been linked to forced labor and mandatory sterilization.