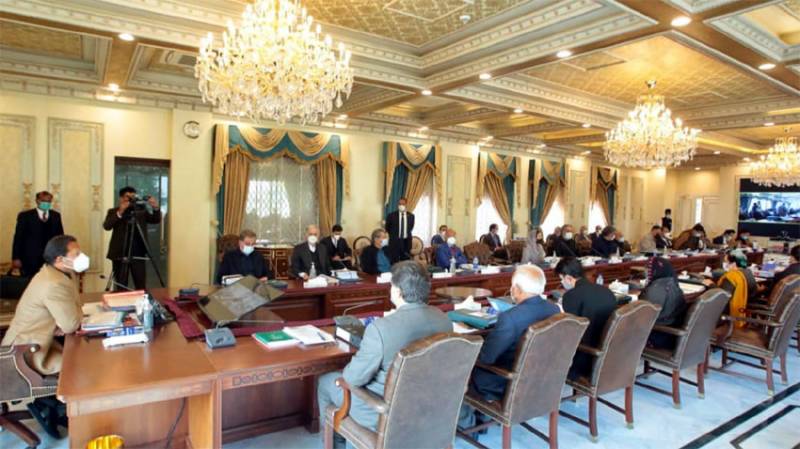 The Federal Cabinet was informed today (Tuesday) that due to the timely decision of the Prime Minister, about 95 percent of the people who had lost their jobs were restored within few months.

The meeting of the cabinet was held in Islamabad today with Prime Minister Imran Khan in the chair.

Planning Minister Asad Umar briefed the Cabinet on the impact of the Corona pandemic on the basis of a recent survey conducted by the Federal Bureau of Statistics, which had almost wiped out the income of about 20 million people.

He said wise strategy of the government, the policy of smart lockdown instead of complete lockdown and decision making in the construction and manufacturing sector restored the income of 20 million people.

The Federal Cabinet was given a detailed briefing on the steps taken in the last six months for civil service reforms.

Encouraging the steps taken to amend the Civil Service Reforms and PAPRA laws, the Prime Minister said the Ministries and Divisions should take steps to improve the performance and facilitate Ease of Doing Business (EoDB).

The Federal Cabinet approved the formation of the Board of Directors of the National Transmission and Dispatch Company under the Power Division.

The meeting also approved the Ministry of National Health Services Regulations and Coordination to enter into a five-year contract directly with NADRA for verification of WGRM data on health.