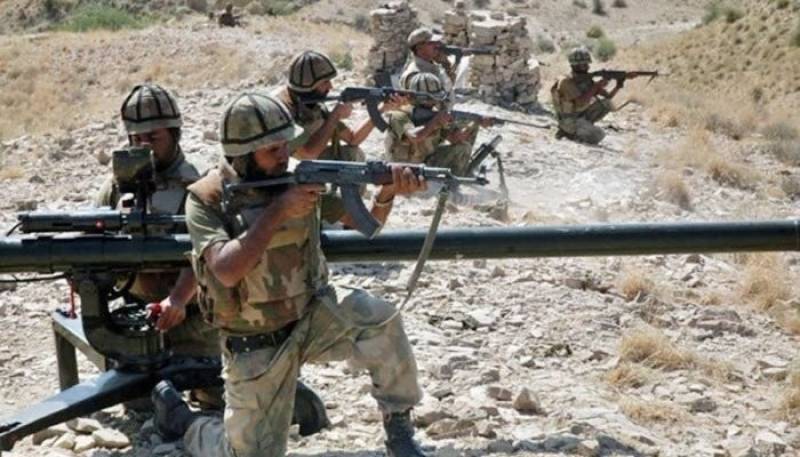 *Karachi - At least two terrorists have been killed in an intelligence based operation by security forces in Nargosa area of South Waziristan, a statement issued by Inter Services Public Relations (ISPR) stated on Monday.*

The military's media wing stated that an exchange of fire took place between the security forces and terrorists. During the cross-fire, terrorist Usman Ali and Waheed were killed while another militant suffered injuries and was apprehended, it said.

The killed terrorists were active members of Tehreek-e-Taliban Pakistan (TTP) Sajna group and were IED experts, terrorist trainers, motivators and were involved in attacks on security forces, the ISPR said.

It mentioned that terrorist Usman was also involved in the attack on security forces on October 14, 2020 in which Capt. Umer Cheema, two JCOs and three soldiers embraced Shahadat while four were injured.

Earlier, security forces killed two terrorists and injured 10 during an intense exchange of fire in North Waziristan. The incident occurred in Mirali, North Waziristan in which a a soldier, Naik Yaseen, 34, who was a resident of Malakand, embraced martyrdom.