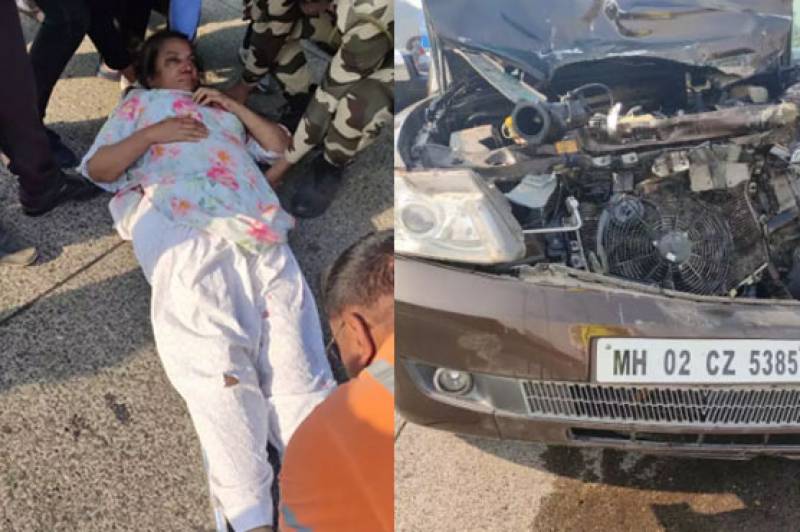 Veteran Bollywood actress Shabana Azmi has gotten critically injured in a horrific accident on the Mumbai-Pune Express in India.

According to NDTV, Javed Akhtar, the husband of Azmi, was also in the car but did not suffer injuries.

The accident took place around 3:30 pm near Khalapur, about 60 kilometres from Mumbai, when the Tata Safari SUV the 69-year-old actor was travelling in, rammed a truck from behind.

Photos of the incident show Shabana Azmi being helped out of the rear seats of the SUV, her face and eye swollen.

Such was the impact that the front passenger’s side of the SUV was completely destroyed. A photo shows the bonnet of the car crumpled and the radiator and bonnet wrecked.