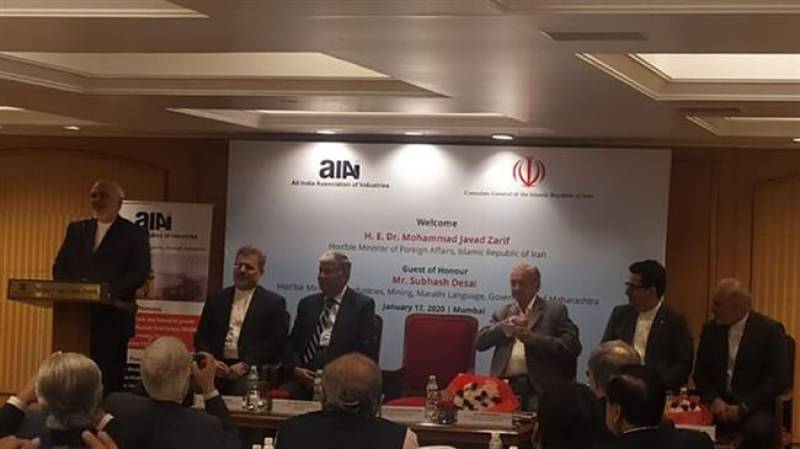 "We are ready for negotiations with Saudi Arabia and other Persian Gulf littoral states and we are ready to give proposals regarding security in this region, particularly the Strait of Hormuz," Zarif said in an address to a meeting held in the Indian city of Mumbai on Friday in coordination with All India Association of Industries (AIAI), PRESS TV has reported.

He added that Iran has also presented proposals on ways to establish peace in the Strait of Hormuz.

Established in 1956 in Mumbai, the AIAI has over 1,500 members and through its affiliates it represents over 50,000 industries.

In an address to the 74th session of the United Nations General Assembly on September 25, Iranian President Hassan Rouhani said as a steward of maritime security in the Persian Gulf and the Strait of Hormuz, Iran invites all countries that are affected by developments in the strategic region to join the country’s new regional peace initiative, dubbed Hormuz Peace Endeavor (HOPE).

He said the “coalition of hope” aims to promote peace, stability, progress and prosperity of littoral states and help achieve mutual understanding and establish peaceful and friendly relations among them.