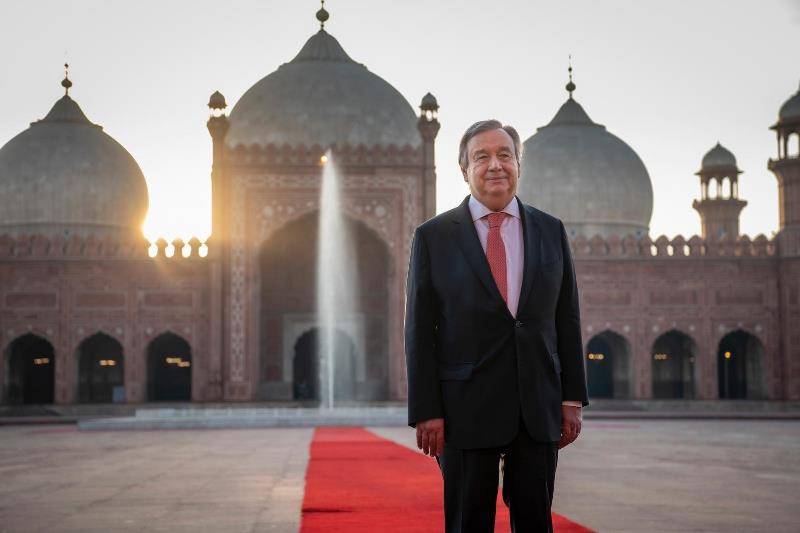 The Foreign Office prepared a video on his visit, detailing what he did.

Guterres was in Pakistan from February 16 to 19. He met Prime Minister Imran Khan, President Arif Alvi and Foreign Minister Shah Mahmood Qureshi, among other officials.

He visited Kartarpur, the Badshahi Mosque in Lahore and NUST in Islamabad, where he spoke to students.

The UN chief also addressed the Refugee Summit Islamabad, along with PM Khan. There he praised Pakistan’s acceptance of Afghan refugees and urged a peaceful solution to the Afghan conflict so refugees can be voluntarily repatriated.

He also addressed a conference on climate change where he appreciated Pakistan’s efforts to combat climate change. He said it was one of the countries that was most effected by climate change despite contributing little to it.

“Thank you to the people of Pakistan for a wonderful visit!” Guterres wrote on Twitter.