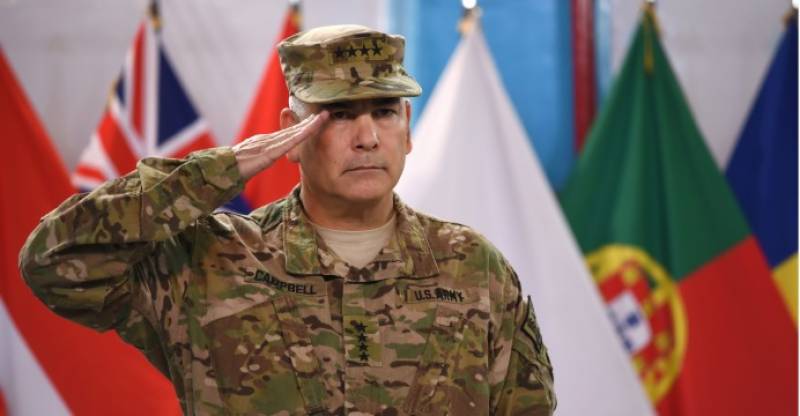 RAWALPINDI: US General John Campbell called on Army Chief General Raheel Sharif in GHQ, Rawalpindi here at Thursday. It was the farewell meeting of General Campbell with Army Chief.
As per ISPR, Army Chief thanked Gen. Campbell on his efforts for the stability of Afghanistan. Both dignitaries discussed the future strategy over the Afghan peace process. A floral of wreath was also laid by Gen. Campbell on Yadgar-e-Shuhda.