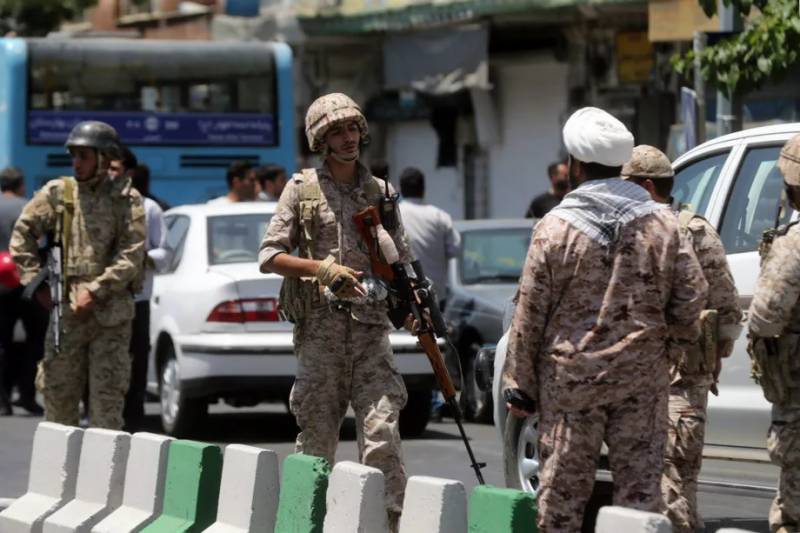 A 'terrorist' attack killed four members of Iran's security forces in a southeastern region beset by anti-government protests as well as extremist and criminal unrest, official media reported on Monday.

The Islamic Revolutionary Guard Corps members were killed "during a terrorist act" in the Saravan region of Sistan-Baluchistan province near the Pakistani border, the state IRNA news agency said.

The region is one of Iran's poorest and is home to the Baluchi minority, who adhere to Sunni Islam rather than the Shiite branch predominant in Iran.

"The powerful presence of the security forces pushed elements of the group to flee towards Pakistan," IRNA said about the assailants without providing further details.

The area has previously seen clashes with drug smuggling gangs as well as rebels from the Baluchi minority and Sunni Muslim extremist groups.

Earlier this month a cleric was killed after being kidnapped from his mosque in Khash, a town in Sistan-Baluchistan.

A chief prosecutor said last week that the killers of cleric Abdulwahed Rigi had been arrested before trying to cross the border, and accused them of seeking to stir trouble between Sunnis and Shiites.

Violence erupted in the provincial capital Zahedan on September 30 and authorities said six members of the security forces were among the dozens of people killed.

Local figures said the protests in Zahedan were triggered by anger over the reported rape of a teenage girl by a police officer.

The casualties came against the backdrop of nationwide unrest that followed the September 16 death of Mahsa Amini, 22, after her arrest in Tehran by morality police who accused her of violating Iran's dress code for women.

Last month a delegation from Iran's supreme leader Ayatollah Ali Khamenei expressed sadness and promised solutions in a visit to the area, official media said at the time.

In violence elsewhere in Iran, IRNA reported on Monday that four Shiite clergy were wounded by unknown assailants armed with a "sharp object" in the Shiite holy city of Qom, south of Tehran.

Two of them were treated at the scene for injuries, while the other two were taken to hospital but expected to be released, IRNA said.

Iran has executed two men it said were convicted of violence against security force members in connection with the nationwide protests. -APP/AFP